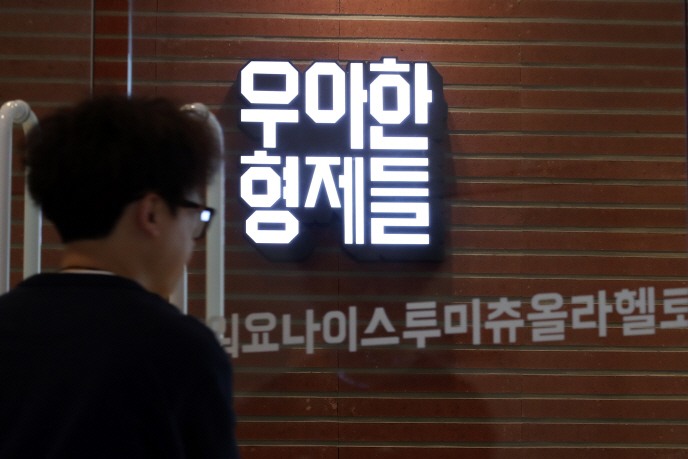 The German firm, which also has second-biggest delivery player Yogiyo under its wing, will acquire an 87 percent stake in Woowa Borthers, operators of delivery app Baedal Minjok, or Baemin, from existing investors such as Goldman Sachs and Singaporean fund GIC, they said.

The remaining shares held by Woowa’s management, including company founder Kim Bong-jin, will be later converted into Delivery Hero shares, they said. Kim will become the largest individual shareholder.

It is the biggest merger and acquisition deal struck by local platform operators, Woowa Brothers said, adding that the company will enjoy the same effect as going public on the Frankfurt Stock Exchange since Delivery Hero is listed there.

The deal is subject to approval from South Korea’s antitrust regulator.

The Fair Trade Commission is set to look into whether the deal could restrict competition and result in price hikes and price-fixing, a process that could take at least 120 days.

Founded in 2010 as a food delivery company, Woowa Brothers quickly became the country’s top online food delivery services firm, enjoying over 10 million monthly active users in a country with a population of 51 million.

South Korea’s food delivery app market reached 10 trillion won ($8.5 billion) last year. Woowa Brothers’ Baemin accounted for up to 60 percent of the market and the rest was held by Yogiyo and Baedaltong, both run by Delivery Hero.

Woowa Brothers and Delivery Hero signed a partnership to establish a joint venture, named Woowa DH Asia and to be based in Singapore, to tap into the burgeoning food delivery market in the region.

Kim will be responsible for the business in 11 Asian countries that Delivery Hero has advanced into as a rival of regional players like Singapore-based Grab.

The domestic operation of Woowa Brothers, meanwhile, will be managed by vice president Kim Beom-joon, who will be appointed CEO of the company next year, the officials said.