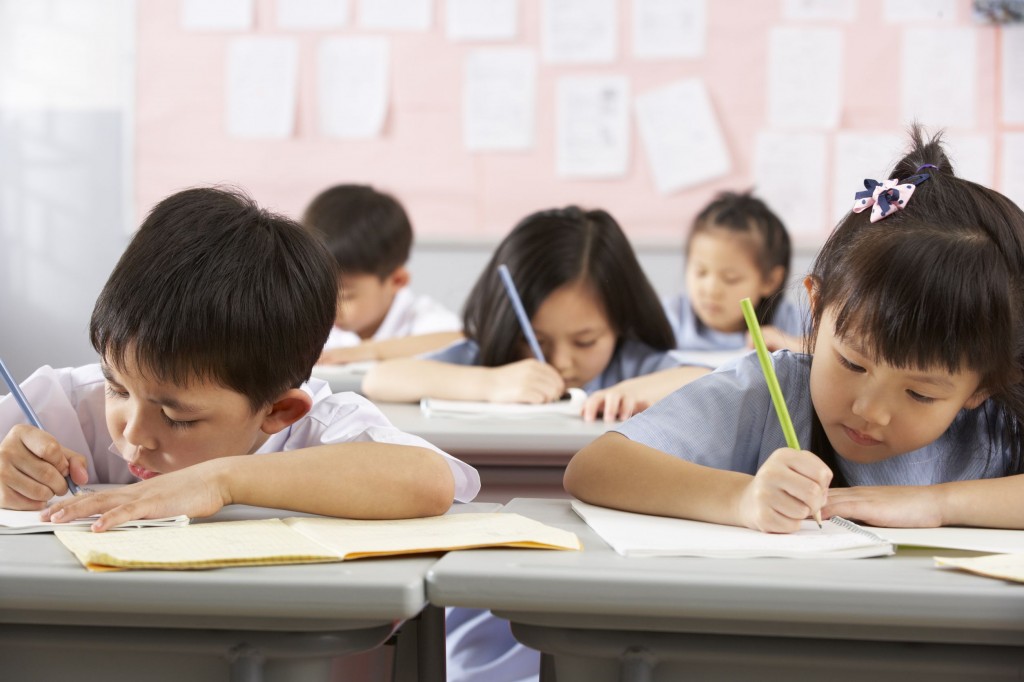 Things were worst for five-year-olds enrolled in half-day or full-day academies (i.e. English academies), who spent an average of 4 hours and 54 minutes each day at school in addition to 81 minutes of additional private education elsewhere. (image: KobizMedia/ Korea Bizwire)

SEOUL, Jan. 10 (Korea Bizwire) – Korean parents are infamous for their zealous desire to educate their young.

But a recent study from the Korea Institute of Child Care and Education revealed that private education in Korea is prevalent even among preschoolers aged five and lower, despite concerns that strenuous studies at an early age can hinder childhood development and potentially trigger anxiety, depression, and aggression.

The report designated private education as any form of group or individual tutoring or study, apart from daycare centers and kindergartens.

In its results, the KICCE found that two-year-olds were engaged in private education for an average of 2.6 times a week, with each session lasting 47.6 minutes, while the numbers for five-year-olds were 5.2 times a week and 50.1 minutes.

The younger bunch were engaged in an average of 1.7 types of study subjects, with Korean language leading with 26.8 percent, followed by physical education (15.1 percent), art (14.5 percent), science and creativity (10.2 percent), and mathematics (7.9 percent).

On the other hand, five-year-olds were taking an average of 2.2 study subjects, with Korean language also leading with 24.5 percent, followed by physical education (19 percent), mathematics (17.3 percent), art (11 percent), music (9.4 percent), and English or secondary languages (5.5 percent).

Things were worst for five-year-olds enrolled in half-day or full-day academies (i.e. English academies), who spent an average of 4 hours and 54 minutes each day at school in addition to 81 minutes of additional private education elsewhere, like home, amounting to more than a quarter of a day dedicated to studying.

“Infants and preschool children in Korea are exposed to unnecessarily long learning hours, and this practice needs to be restrained,” said KICCE researcher Kim Eun-young.

“We found that parents who were aware that strenuous schooling can result in unhealthy behaviors thought that the current level of private education was appropriate, or even insufficient,” she said. “What we need is ‘parenting education’ so that parents can learn the (healthy) development process of children.”