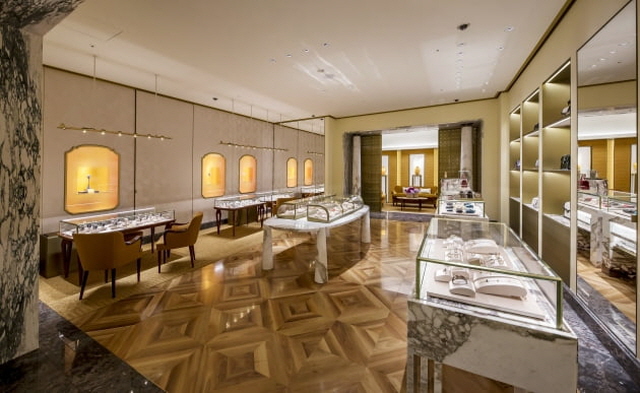 Department stores have suffered fallout from the surge in popularity of online shopping malls for years. (image: Lotte Shopping)

Department stores have suffered fallout from the surge in popularity of online shopping malls for years, but sales have come under further pressure with the coronavirus outbreak.

In fact, sales at Lotte Department Store from March 1 to 22 decreased by 37.8 percent compared to the same period last year.

At the height of the pandemic and under the burden of its economic consequences, the top priority for department stores is to secure VIP customers.

While VIP customers at the Galleria Department Store account for only 10 percent of all customers, their consumption amounts to 60 percent of sales.

According to Shinsegae Department Store, the number of VIP visits last month was 2.5 times that of regular customers.

Managing loyal VIP customers and securing more big players in the future is a matter directly related to a store’s survival.

This is why Lotte Department Store made changes to its VIP system. Under the old scheme, customers had to spend 20 million won (US$16,400) per year to qualify for the lowest level VIP program, as part of what was a four-level system.

However, Lotte recently added another low-level program to expand the scope of its VIP offerings.

Meanwhile, Galleria Department Store, as it opened its Gwanggyo branch in Suwon, south of Seoul, presented the largest VIP lounge in South Korea on the 12th floor of the store.

“The fact that VIP thresholds have been lowered is indicative of a sales strategy to secure loyal customers by providing better services to more customers,” said a source in the department store industry.