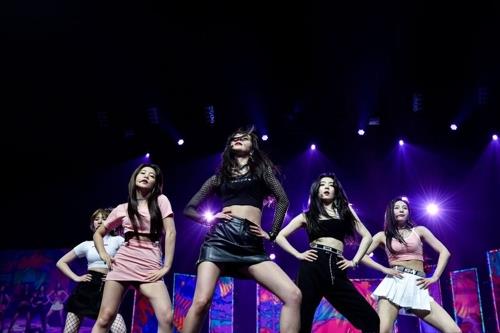 The two-day event at the Prudential Center, attended by some 53,000 fans, was divided into two parts — K-pop concerts and outdoor convention programs.

As the event has gained popularity over the years among die-hard fans, global businesses’ participation has been increasing too.

Toyota is an official sponsor for the fifth consecutive year. Last year, Amazon and AT&T were among the sponsors. Apple Music offers the Kurrent News’ KCON NY 18 Playlist that features songs by K-pop artists who participate in the festival. Social media services Tumblr and Kwai ran events to offer KCON tickets for users who uploaded content related to Korean culture on their accounts. 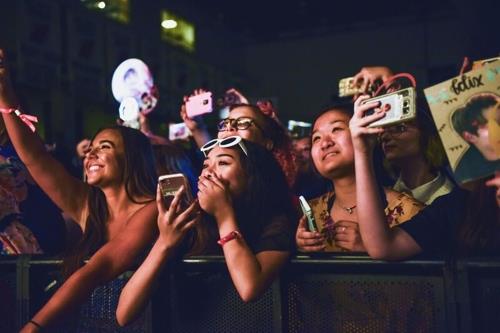 “More the 70 percent of the KCON audience is 24 years old or younger … The reason behind global companies’ rising participation in KCON is because the event has become an influential popular cultural platform for Generation Z in North America,” CJ E&M, the organizer, said in a statement. Generation Z refers to the demographic cohort who were born between the mid 1990s and early 2000s and are comfortable with using technology and social media.

The New York Times published a story on Friday to introduce five acts to watch at KCON 2018 and billed the event as K-pop’s “serious bid for American mainstream acceptance.” It also reported that KCON “has grown exponentially from its inaugural 2012 edition in L.A. into a globe-trotting envoy reaching K-pop fans in Japan, the United Arab Emirates, France, Mexico and Australia.”

CJ E&M will run the event in Los Angeles from August 10-12 at the Staples Center and LA Convention Center.