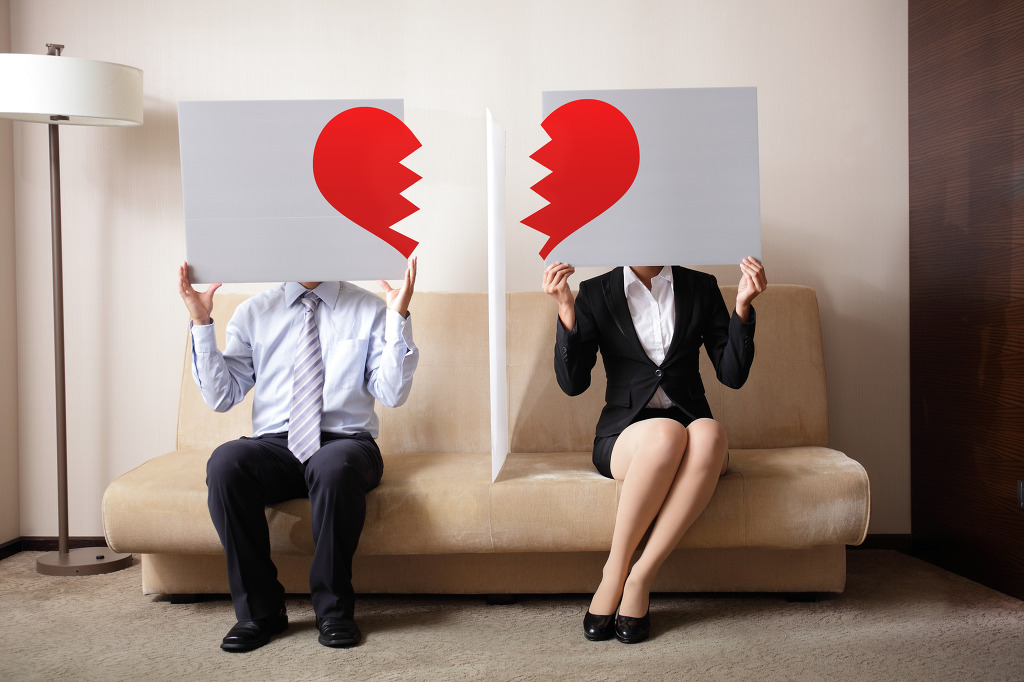 In the 2000s and 2010s, reasons cited for divorce became more abstract and difficult to prove, such as ‘lost affection’, ‘lack of communication’, and ‘difference in character’. (image: KobizMedia/ Korea Bizwire)

SEOUL, June 17 (Korea Bizwire) – In the 1980s and 1990s, the major reason cited for divorce was ‘husband’s domestic violence’. But from 2010 onward, it has changed to rather abstract discords between couples, like ‘difference in personality’.

According to the Korea Legal Aid Center for Family Relations, which analyzed over 1.46 million consultations from 1956 to 2016, each decade differed from the others in terms of the reasons for divorce.

For instance, in the 1950s and 1960s, consultations requesting termination of a common-law marriage were the most prevalent (11.1 percent), followed by consultations regarding family support (3.9 percent), adultery (4.7 percent), and sex under presence of marriage (1.8 percent). Since couples at the time were less familiar with the idea of marriage registration, and  common-law marriages were common, the popularity of related counselling sessions soared.

In the 1970s, however, counselling over ‘conflict between husband and wife’ became more prevalent (21.8 percent), an increase from 5.4 percent in the previous two decades. This period also showed a high rate of ‘missing for more than three years’ as a reason for divorce proceedings (6.2 percent for men, 2.6 percent for women). The center pointed to the fact that many spouses went missing after the Korean and the Vietnam War, ultimately leading those left behind to file for divorce.

In the 1980s, the main reason for divorce for men was ‘spouse maliciously neglected husband’ (35.2 percent), while ‘mistreated by husband’ (31.3 percent) was most common for women. Many husbands of the era complained about their wives running away from home, which they usually did to escape domestic violence.

In the 1990s, 50.9 percent of the consultations were for divorce counselling, a steep increase from the previous decade at 39.9 percent. ‘Spouse’s mistreatment’ was cited in 33.5 percent of divorces, which the center identified as resulting from a changing awareness among women, and not to an increased prevalence of domestic violence. While in the past women had the tendency to endure such circumstances indefinitely, in the ‘90s women were more likely to try to escape abusive situations through divorce.

Divorce counselling further increased in the 2000s to 51.7 percent. Noticeable was the fact that 11 percent of men pointed to ‘spouse’s mistreatment’ as a reason for divorce. Following the 1997 financial crisis, more women became economically active, giving them more authoritative positions in homes, which sometimes resulted in men feeling neglected by their wives.

In the 2000s and 2010s, reasons cited for divorce became more abstract and difficult to prove, such as ‘lost affection’, ‘lack of communication’, and ‘difference in character’. More couples filed for divorce over problems that were considered trivial in the past. With Korea’s aging society, conflict over parent support issues also increased from 44 consultations in 2005 to 158 in 2015.

To mark its 60th anniversary, the center will hold a symposium titled ‘Families’ Current Status and their Future’, to discuss the issues further on June 22 at its Yeouido center.

One thought on “Evolution of Divorce Culture in South Korea”