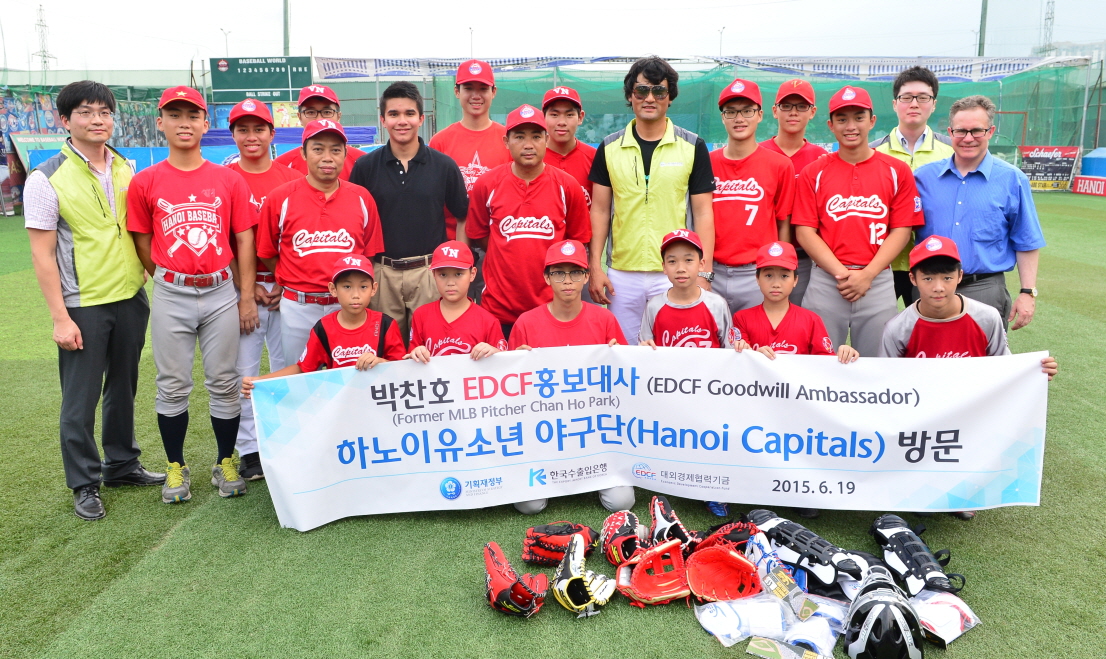 The EDCF is a state fund launched in 1987 and is designed to help less-developed countries by giving loans with low interest rates. The Export-Import Bank of Korea, the state-run lender, is in charge of administrative operation of the EDCF.

“I hope to see great players come out of the Hanoi Capitals,” the bank quoted Park as saying. “I wish them the best of luck at youth tournaments in Japan and China this July and August. They’re playing in difficult environments, but if they keep at it with passion, they will leave their mark in Vietnamese baseball.”

Park, 41, became the first South Korean to play in the majors when he debuted with the Los Angeles Dodgers in 1994. He pitched in parts of 17 seasons with seven different teams in the bigs and earned 124 career wins, more than any other Asian-born pitcher.