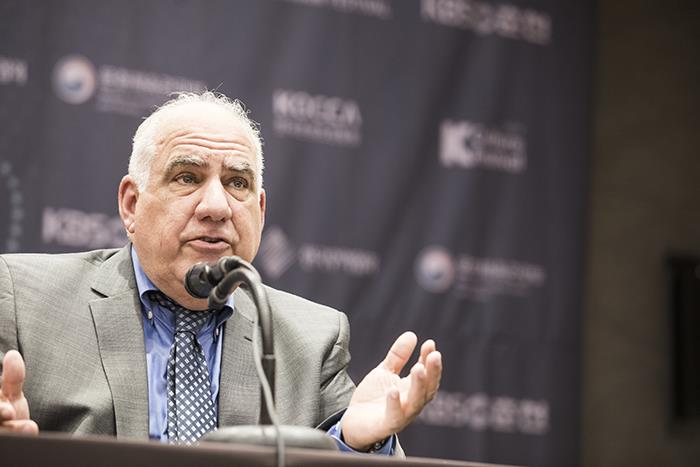 SEOUL, Oct. 1 (Korea Bizwire) — The wild global success of Korean boy band BTS is not a stand-alone case but has opened the door for many more K-pop music acts to make inroads into the American music market, a high-profile U.S. music executive said Tuesday.

“BTS is a great success story. But BTS broke the ice; it is not the ice,” Phil Quartararo, CEO of Tripod Partners, said in a press conference on the sidelines of MU:CON, the biggest K-pop fair in South Korea.

Quartararo has served in top roles at Virgin Music, Warner Bros. Records and EMI Marketing, playing an instrumental role behind the musical success of such legendary artists as the Rolling Stones, Janet Jackson and the Spice Girls.

He is to deliver a keynote speech on Wednesday during a MU:CON’s conference session at the Convention and Exhibition Center (COEX) in southern Seoul.

Recalling his storied career at the forefront of the U.S. pop music scene, Quartararo said the sensational breakout of BTS may lead to greater success of K-pop in general in the U.S. market, thanks to the K-pop industry’s high-quality music production.

“For BTS, it was opening the door. We can send a lot more behind BTS … I believe there will be plenty of other opportunities for big artists that command this market very, very well,” he said.

“The fact that makes K-pop rave, it’s not that it’s Korean or it’s pop. It works because it’s good,” he said, adding that “I hope to see not only K-pop … but also K-rock and K-country.”

“As long as these (K-pop) companies continue to produce quality, hit music, you will always remain competitive … there’s no constraints on what K-pop can do or should do,” he added. 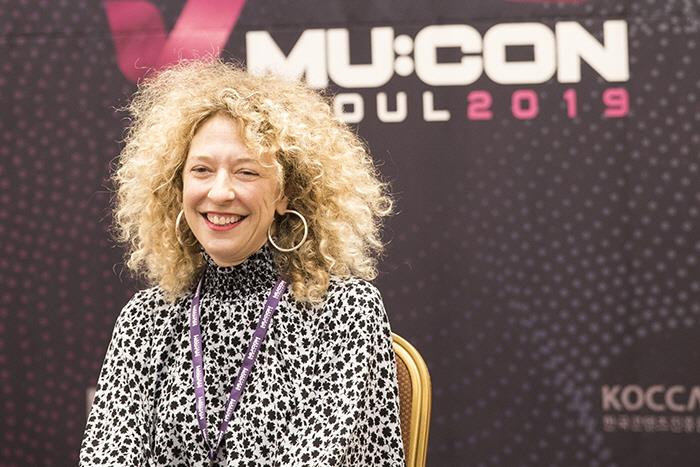 “Visual speaks to me. And I truly believe in the power of content and creativity to drive music globally,” she said.

Unfortunately, she said, K-pop has one major barrier – language.

“I do see the benefit and value of having English speakers to represent the groups and speak directly to the fans because unfortunately still in America, you rely heavily on that connection,” Frantz said hours before her keynote speech to MU:CON’s conference.

Capitol has been in charge of U.S. marketing and promotion of the new band while SM has been entirely responsible for the music production for Super M.

“To jump in and just put our hands on (the music) in a way that isn’t necessary does not make sense because we appreciate the quality of the record,” she said.

“In the U.S., K-pop has the most versatile pop artists from anywhere … My hope is that Super M has the same impact (in the U.S.),” she added.