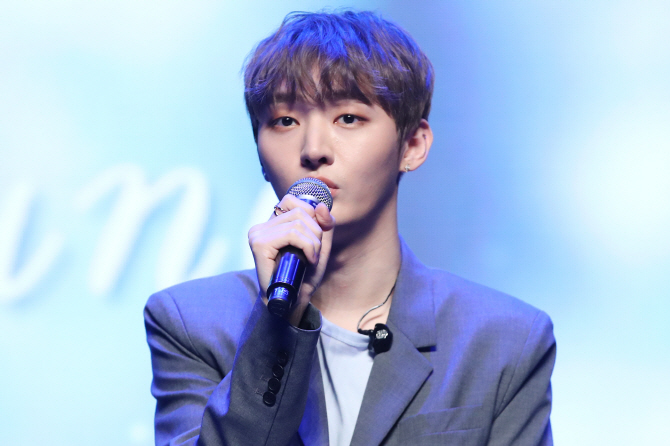 SEOUL, May 14 (Korea Bizwire) — Yoon Ji-sung, a member of the disbanded boy band Wanna One, is set to begin his mandatory 21-month military service Tuesday, his management agency said.

The 28-year-old will work as an active-duty soldier after finishing four weeks of basic military training, according to LM Entertainment.

The singer announced on social media at midnight that he will release a new single on Sunday after his enlistment.

Yoon said he wrote the lyrics of the song, whose Korean title, “Donghwa,” means winter flower, while thinking about members of his fan club, BABAL.

“I think it is the song that contains what I want to say to BABAL,” he said.

The 11-member Wanna One disbanded at the end of 2018, ending its journey of 1 1/2 years as a K-pop band formed through Mnet’s popular idol competition reality show, “Produce 101.”

Yoon released an EP titled “Aside” in February, becoming the first member to launch a solo career since the group’s disbandment.