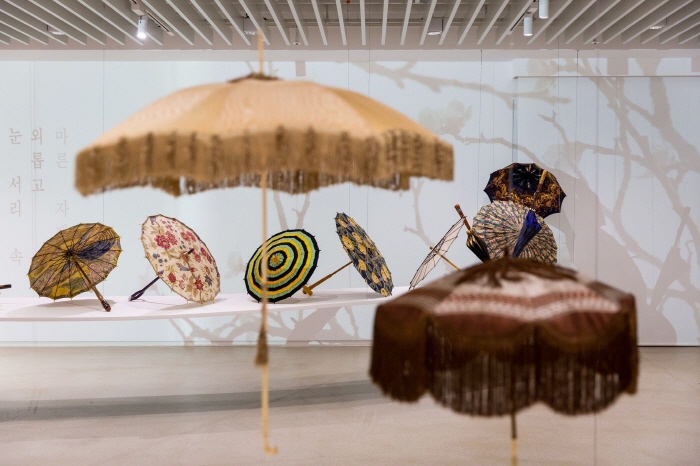 This year’s exhibition, “Summer Bloom: A Story of French Umbrellas”, which runs until September 19, will introduce unique and trendy umbrellas and parasols created in collaboration with Korean artists.

France, in fact, was a leader in the production of umbrellas and parasols in the past. In the early 20th century, more than 100,000 artisans exported products to countries around the world.

Born in 1966, Heurtault was in charge of producing costumes and accessories for the movies and theater at a fashion house in Paris.

Later, Heurtault opened up his workshop in 2008 and jumped into the restoration and re-production of old umbrellas and parasols.

In 2013, the French Ministry of Culture awarded him the title of Maitre d’Art, the highest honor for a craftsman.

Since he was 20 years old, Heurtault has been touring flea markets and antique shops to collect umbrellas. He has collected more than 3,000 umbrellas and parasols over the past 30 years.

Heurtault’s most prized umbrella was created by Jean Marius, a master purse maker in France and widely regarded as the maker of world’s first foldable umbrella.

The foldable umbrella, invented by Marius under orders of France’s King Louis XIV in the early 18th century, will be introduced to South Korea for the first time.

In order to avoid a museum-like stiff and formal display, the Platform-L Contemporary Art Center is presenting the collection in the exhibition hall without putting the pieces into glass cases.