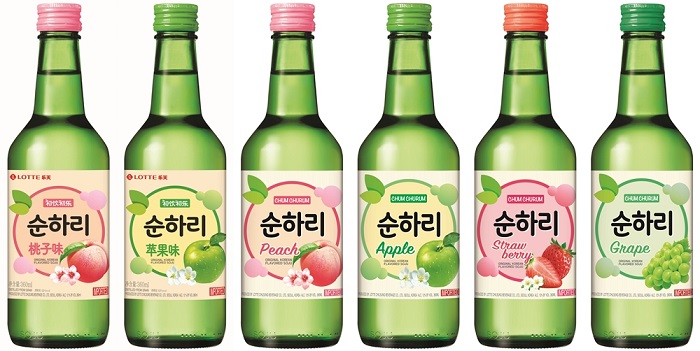 During the period, Lotte Chilsung said it shipped Soonhari, which comes in eight different flavors, such as apple, strawberry and peach, to 37 countries, including the United States, Vietnam and the Philippines.

“We are seeing a strong demand for our Soonhari products amid a growing popularity of K-content overseas,” a company official said.

Soju is a traditional Korean distilled liquor that has been gaining popularity in foreign countries in recent years. Lotte developed the Soonhari brand for foreign consumers who are not used to the alcoholic flavor peculiar to soju, adding fruit flavors instead.

On average, annual sales of Soonhari in the Philippines and Vietnam soared 217 percent and 102 percent, respectively, from 2019 to 2021.

Lotte also said sales of the flavored soju in China and the U.S. jumped 49 percent and 45 percent, respectively, during the cited period.