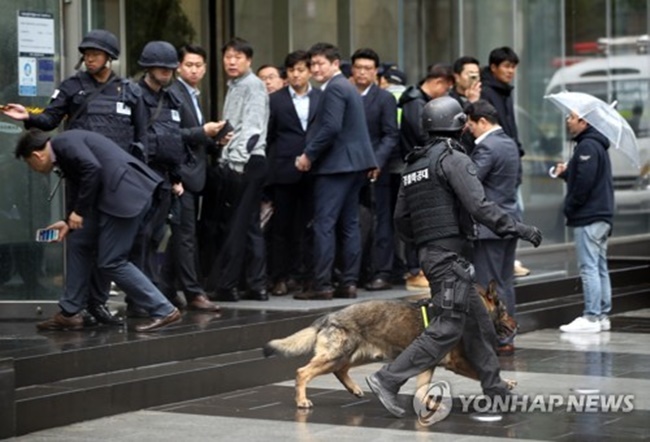 Samsung Life Insurance employees look on while police conduct a search of the company building in southern Seoul on April 14, 2017. (Image: Yonhap)

No injuries or property damage were reported, police said, adding investigators are tracking down the source of the false report.

The incident occurred after a Busan resident known only as Shin tipped off police that his acquaintance had received a text message, which alleged in English that two North Koreans ware preparing to plant a bomb at the Samsung Life Insurance building.

After Shin’s report, police cordoned off the 34-story building at 11:30 a.m. and evacuated all 3,000 or so Samsung Life employees, according to Seoul’s Seocho Police Station.

Special police forces and military experts in bomb disposal then searched the building for two hours but failed to find any suspicious material, the station said.