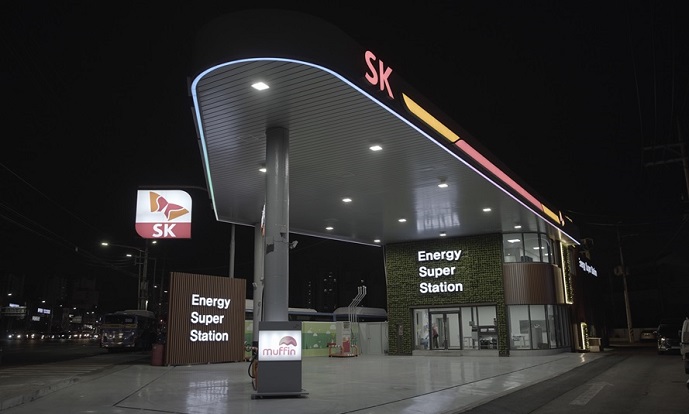 This image provided by the Seoul Metropolitan Government shows the Total Energy Station in Southern Seoul.

The two parties will complete the demonstration of hydrogen production and charging facilities for the production of high-purity hydrogen within the first half of next year, while installing commercial hybrid energy stations that can ensure simultaneous charging of electric and hydrogen vehicles.

A hydrogen charging station can generate about 1 ton of hydrogen per day, a volume enough to recharge 200 hydrogen passenger cars or 30 hydrogen trucks.