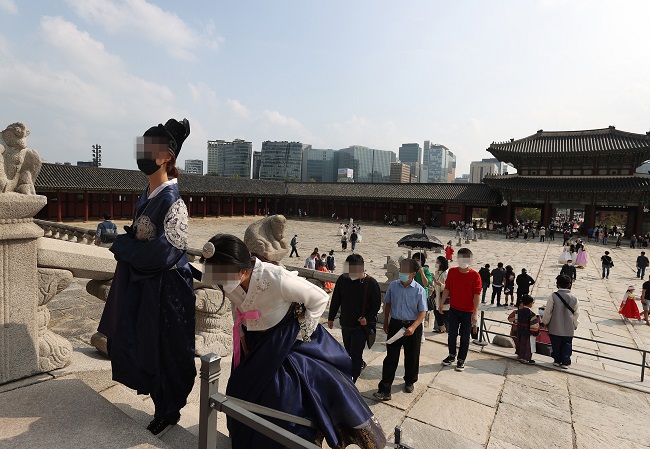 The Korea Tourism Organization released a report on Thursday that analyzed last year’s trends based on data from BC Card Co., a credit card processing firm.

The usage of BC credit cards at travel-related businesses in Seoul’s Jongno District, an area congested with many tourist attractions including Gyeongbok Palace and Gwanghwamun Square, totaled 1.6 billion won (US$1.45 million) last year, a 95 percent plunge from a year ago.

The figure for Jeonju’s Wansan District, an area where the famous Hanok Village is located, plunged to 2.06 million won, down 79 percent year on year.

In contrast, less popular locations such as Pocheon, Boseong and Pyeongchang saw the usage amount of credit cards rise by 127 percent, 105 percent and 33 percent, respectively, year on year, to 63.94 million won, 30.83 million won and 413.59 million won.