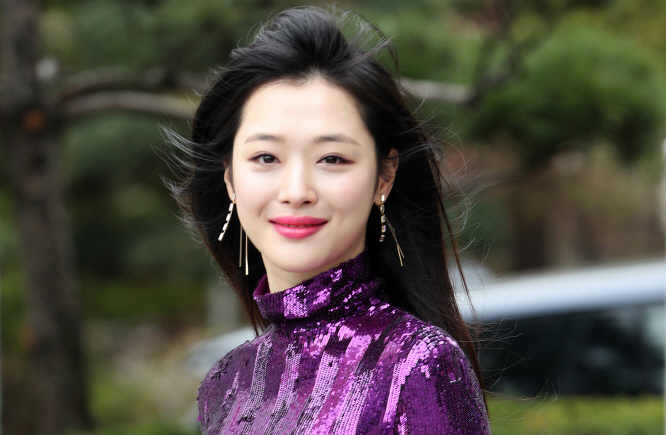 The 25-year-old K-pop star and actress, whose legal name was Choi Jin-ri, was found dead at her residence in Seongnam, south of Seoul Monday, sending a shockwave across the country.

Before her death, she was suffering from severe depression, according to her close aides.

Following a four-day funeral and mourning ceremony at a Seoul hospital, the coffin carrying Sulli left the hospital early Thursday morning for final burial, according to people close to her.

The press were not allowed to sit in for the funeral procession, but Sulli’s family and fellow entertainers who attended the ceremony were reportedly grief-stricken.

Posting several photo images of herself with Sulli on her Instagram account on Tuesday, Goo said, “Jin-ri (will be able to) to do as she wishes in the world over there.”

Many artists, such as boy band SuperM, have canceled or delayed their music releases or performances to commemorate Sulli’s death.

The funeral was initially closed to the media as well as fans, but Sulli’s agency, SM Entertainment, later reversed the policy to let in fans to bid farewell to Sulli at a few designated times on Tuesday and Thursday at Severance Hospital in Sinchon, western Seoul.

Sulli debuted as a child actress in 2005 before building a solid K-pop career in the SM girl band f(x), which debuted in 2009.

Resuming her career in 2015, she officially left f(x) to focus on her acting career, and the following year, Sulli and Choiza were reported to have ended their relationship.

Citing Sulli’s death, Choiza’s hip-hop band also announced Wednesday that it will suspend its scheduled release of its first full-length album in three years. The release was set for Oct. 25.

Hate comments continued against her online as she defied cyber bullying to post controversial photos of herself without a bra.

She later condemned the female underwear as “unhealthy,” calling for women’s right not to wear a bra.

She was emceeing a TV show, “The Night of Hate Comments” on JTBC, and was about to star in a short film, “Persona 2,” at the time of her death.