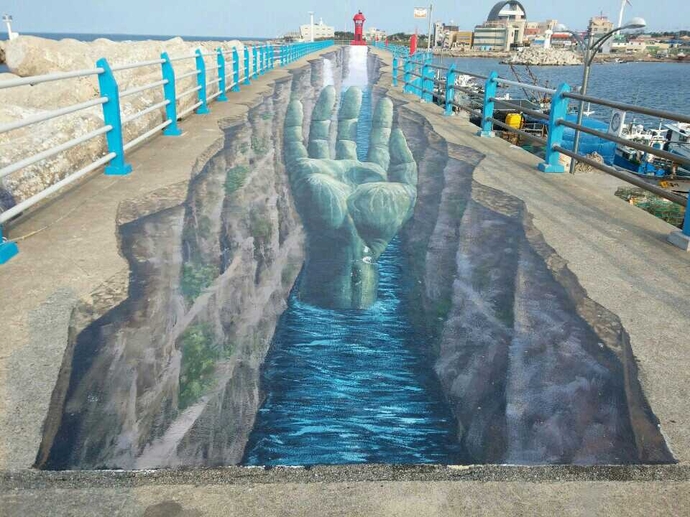 The paintings in Daebo Port are not just drawn on the walls: they are sometimes found under your feet! Some of them are so-called “trick arts” that are made it look like 3D images. (image:Pohang city government)

SEOUL, July 3 (Korea Bizwire) – Painting on the walls has become a national fad since a few years ago. Bleak urban neighborhoods get a makeover with bright paintings on the walls. Even villages in mountains or on the sea try to attract more visitors by putting on drawings on the walls. One of these wall paintings, albeit very special, can be found in the small fishing village of Daebo near Pohang in the southeast.

The paintings in Daebo Port are not just drawn on the walls: they are sometimes found under your feet! Some of them are so-called “trick arts” that are made it look like 3D images. For example, a 160-meter trick art wall painting depicting a big hand coming out of the crevice makes the visitor feel as if she may fall through it.

Given that the current Guinness World Record in trick art wall painting is one in China that spans only 148.6 centimeters, the wall painting in Daebo must be on the Guinness Book very soon. 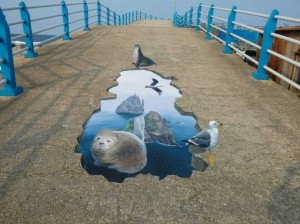 Painting on the walls — or even on the roads — has become a national fad since a few years ago.(image:Pohang city government)

After an official with the Pohang city government posted some of the pictures of the trick arts on his Facebook page in late June, he found as many as 120,000 visitors saw and 200 shared the pictures. Another 3,000 clicked the like button while 1,200 made comments.

The Pohang city official added, “With the wall painting streets in Daebo Port, we believe many more visitors will come to the village.” The city government is currently implementing a project to create a village with wall paintings in a year, as part of an effort to attract tourists in fishing villages under its jurisdiction.

If the wall paintings in Daebo were intended to make a village look more attractive so that more tourists can come in, there are other wall paintings with completely different purposes, mostly for crime prevention. 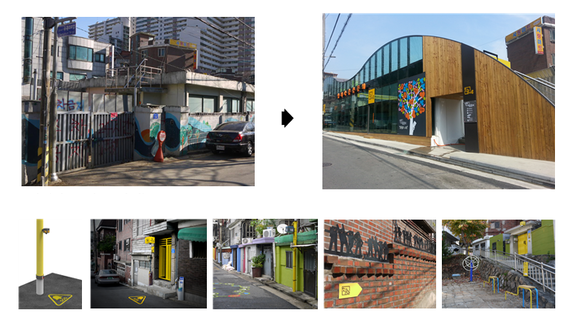 Called “CPTED,” or crime prevention through environmental design, the idea came originally from American architect Oscar Newman in the early 1970s who published research results claiming that areas with bright, colorful sculptures and wall paintings tend to have a lower rate of crime than those with bleak and dark surroundings.

Of late, there are many local governments adopting this approach to beautify neighborhoods while at the same time preventing crime. In February this year, for example, the Seogu District Office in Busan set out to create CPTED alleyways in partnership with the local residents.

The district office picked 65 alleys in 13 dong areas within the district and solicited ideas for each alley. Although there were some instances of unexpected disputes between the dwellers and contractors, the overall response has been good with the progress so far being over 60 percent.

Another example of a CPTED street can be found in Seoul’s Mapo District. The district’s Yeomri-dong used to be the place of salt trading during the Joseon Dynasty and it has missed the chance to modernize itself for so many years, with empty buildings and abandoned warehouses scattered around the area.

The Seoul city government selected in April 2012 Yeomri-dong as a CPTED project area and has since worked on creating painted walls and emergency help buttons across the area, as well as security cameras here and there.

CPTED is a multi-disciplinary approach to deterring criminal behavior through environmental design. CPTED strategies rely upon the ability to influence offender decisions that precede criminal acts. Generally speaking, most implementations of CPTED occur solely within the urbanized, built environment. Specifically altering the physical design of the communities in which humans reside and congregate in order to deter criminal activity is the main goal of CPTED. CPTED principles of design affect elements of the built environment ranging from the small-scale (such as the strategic use of shrubbery and other vegetation) to the overarching, including building form of an entire urban neighbourhood and the amount of opportunity for “eyes on the street”. (Wikipedia) 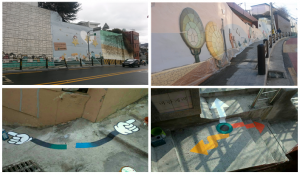 If you take a stroll down any neighborhood in Korea today, chances are you’re likely to come across extraordinary village towns adorned with eye-catching artworks. (image:Gamchun village, Biseok in Busan)

In a survey held in March last year, five months after the beautification project commenced, 83.3 percent of the residents answered that they are satisfied with the project’s outcome. Indeed, the number of violent crimes such as murder, robbery, rape, and burglary has declined substantially from 2012, with no case of rape.

As the effectiveness of CPTED measures was proven successful in several cases, other local governments followed suit, including the City of Yangsan (South Gyeongsang Province).

The city government applied the CPTED technique to building 197 studio apartments for 19 months between October 2012 and April this year, including burying the gas pipes hitherto exposed outside so that burglars could use as ladders to break in. In addition, the government put up signs “The area is built with CPTED technique.” As a result, there was no burglary reported in the area since then.

From the world’s longest trick art wall painting to CPTED beautification projects, Korea’s level of urban public design has become on a par with that of advanced countries. It remains to be seen what kind of artwork we can see in our neighborhood. 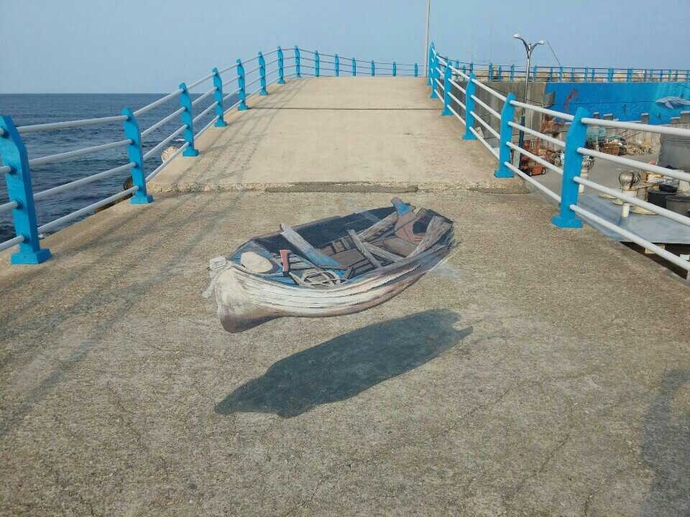 Even villages in mountains or on the sea try to attract more visitors by putting on drawings on the walls. (image:Pohang city government)

2 thoughts on “[Feature] Wall Painting That Can Revive a Neighborhood”