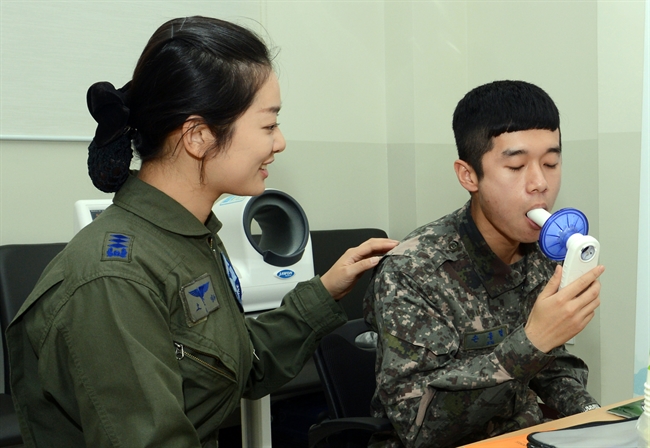 Smokers accounted for 40.7 percent of all service members, down by 0.3 percentage points since 2018. (image: ROK Air Force 17th Fighter Wing)

The Ministry of Health and Welfare and Ministry of Defense conducted a survey of 4,000 service members between Nov. 20 and Dec. 10 of last year.

Smokers accounted for 40.7 percent of all service members, down by 0.3 percentage points since 2018.

“Almost half of all Air Force officers want to quit smoking, which is higher than other military branches, and it seems to be affecting the overall proportion of smokers,” said the Ministry of Health and Welfare.

At 87.8 percent, the vast majority of all smokers were smokers before they joined the military, while 9.5 percent began smoking after they became service members.

The government plans to develop a smartphone application that offers anti-smoking services by the end of February, aiming for distribution to service members in April.