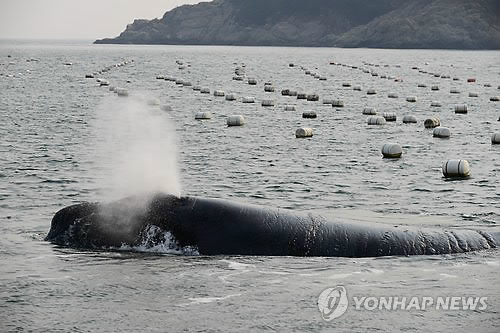 SEOUL, Feb. 13 (Korea Bizwire) – A fin whale was spotted in Korean waters for the first time in 41 years. The whale was found caught and struggling to get out of nets off the coast near Mijo-myeon in Gyeongnam province, on February 11. Local authorities soon arrived at the scene with five ships and divers for a rescue operation.

Although the divers worked hard to undo the tangled net, they could only cut off three out of four strings tied to the whale’s tail before they were forced to withdraw due to nightfall. The rescue team returned to the scene the following day, and found no sign of the whale. The authorities confirmed that the whale broke free during the night.

Fin whales (balaenoptera physalus) are an endangered species on the IUCN Red List, and are the second largest animal after the blue whale. A fine whale was last spotted in the eastern sea of Korea in 1974. 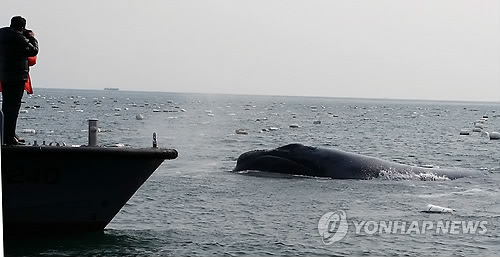 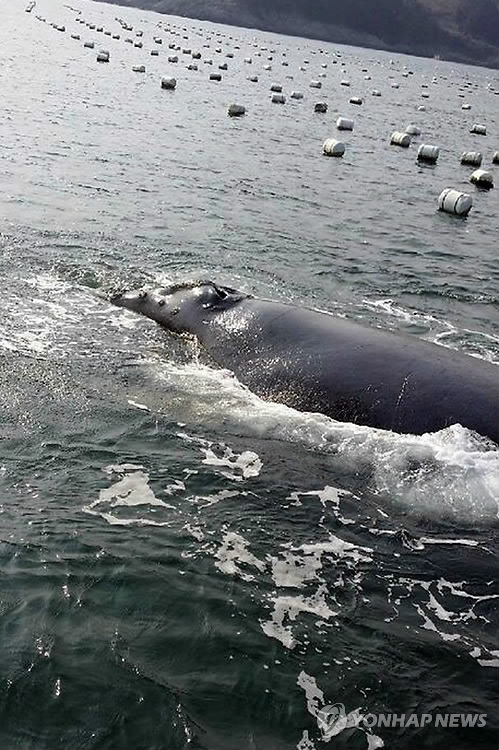