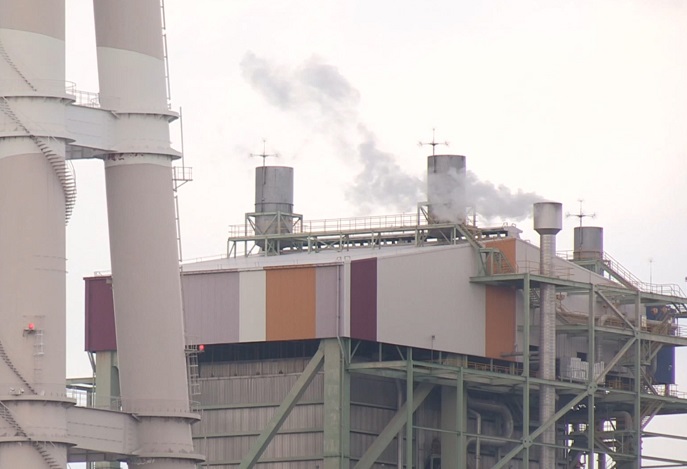 A coal-fired power plant in South Korea in this undated file photo. (Yonhap)

SEOUL, April 12 (Korea Bizwire) — Fine dust emissions from coal plants more than halved over the past four-month period compared with two years earlier, data showed Monday, after the country limited their operations during the winter.

Local coal plants generated 3,191 tons of fine dust from December last year to March 2021, sharply down from 6,549 tons posted in the same period two years earlier, according to the Ministry of Trade, Industry and Energy.

South Korea started regulating the operation of coal power plants in late 2019, in line with the country’s efforts to cut the fine dust emissions while diversifying its energy portfolio. The latest tally also marked a 19 percent drop from the previous year.

In March alone, South Korea suspended the operation of up to 28 coal plants.

“Despite the cold wave over the winter, the country was able to maintain the stable supply of energy despite the reduced operation of coal plants,” the ministry said in a statement. “We will continue to lower coal-power generation to reduce fine dust.”

The Moon Jae-in administration, meanwhile, has been making efforts to break away from traditional power sources, such as coal and nuclear, and instead opt for clean energy in sync with its green drive.

The country plans to have only 30 coal plants in operation by 2034 by gradually retiring them while refraining from building new ones. The country currently has 58 coal plants nationwide.

During his term, the country already shut down six plants, with four more expected to be closed by the end of this year.