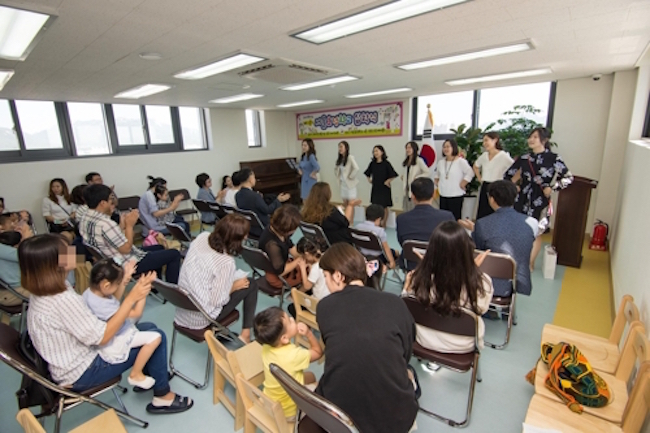 SEOUL, Sept. 4 (Korea Bizwire) — Seoul’s first special-needs preschool for blind children opened its doors on September 1. It becomes the 30th special needs educational institution in the city and is the first of its kind to be established in the city since 2002.

There are currently 26 children below the age of five enrolled at the new preschool.

The school is the brainchild of administrators at the Hanbit School of the Blind, who became frustrated after their efforts to create a class for children under the age of three met obstacle after obstacle.

The Hanbit School of the Blind offers classes from the kindergarten through high school levels and also provides job training courses.

With a relatively low 3 percent incidence rate for visual impairment, most special needs schools in the country cater to those with developmental disabilities.

By law, the total physical area of a school must be expanded by 100 square meters if a class were to be added. This threw a wrench into the school’s plans to create an extra class for very young children. 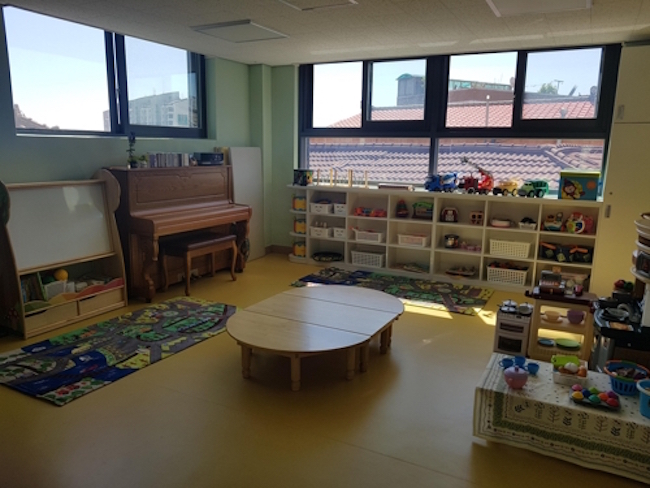 The establishment of special-needs schools, despite their intended goodwill, has not always been embraced by local residents. (Image: Hyojeong School)

In response, both parents and administrators appealed to the relevant authorities for a change in the required conditions, but were turned away without success.

Kim Yang Su, the principal of the Hanbit School, said, “As acquiring additional land in Seoul is challenging, the path towards increasing the number of classes at a private special-needs school is in truth blocked. This condition is only applied to special-needs schools, not regular ones.”

Faced with defeat but undeterred, the idea of building a completely new school took root. The fact that preschools are not required to expand their property unlike special needs schools with upper educational levels helped turn the idea into an attainable dream.

Principal Kim explained the growth of the shared vision, saying that “the initial plans for two classes for kindergarteners and one class for preschoolers eventually grew to seven classes in total.”

The establishment of special-needs schools, despite their intended goodwill, has not always been embraced by local residents.

One example is a proposal for a special-needs school to be built on the periphery of Gongjin elementary school in Gangseo District that has been stuck in a quagmire caused by opposition from neighborhood groups.

What made the materialization of Hyojeong School possible is partly attributed to the goodwill between the Hanbit School and its neighbors accumulated since the school’s inception in 1971.

“Our failure to increase the number of classes eventually led to an even greater gift,” Principal Kim said with a smile. 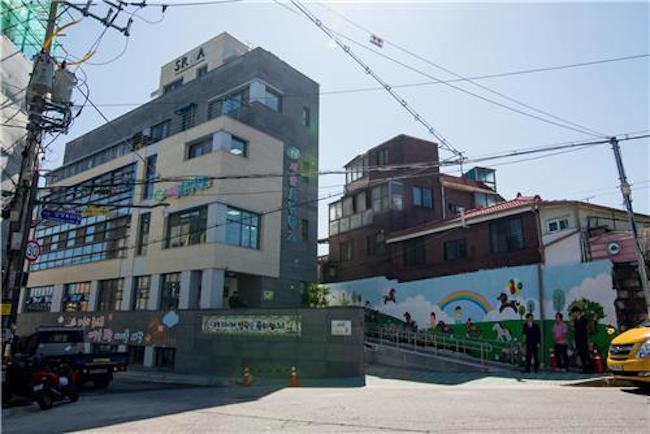 “Our failure to increase the number of classes eventually led to an even greater gift,” Principal Kim said with a smile. (Image: Hyojeong School)