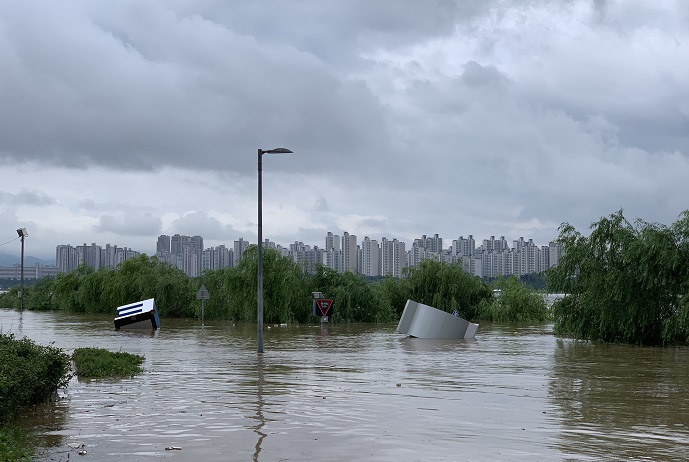 SEOUL, Aug. 4 (Korea Bizwire) — Despite the heavy rainfall in the Seoul Metropolitan Area on Monday, which flooded the entire Han River area, convenience stores in Hangang Park were found to have sustained no damage, thanks to the ‘floating house’ structure that enables them to float on top of the water as it rises.

Previously, convenience stores in the park were made of container boxes, which often fell victim to heavy rain that flooded the Han River area. Some of them would end up in the West Sea after being swept away by flood waters.

The new floating stores, on the other hand, were designed to contain enough buoyancy to carry the weight of the entire building when water levels begin to rise. 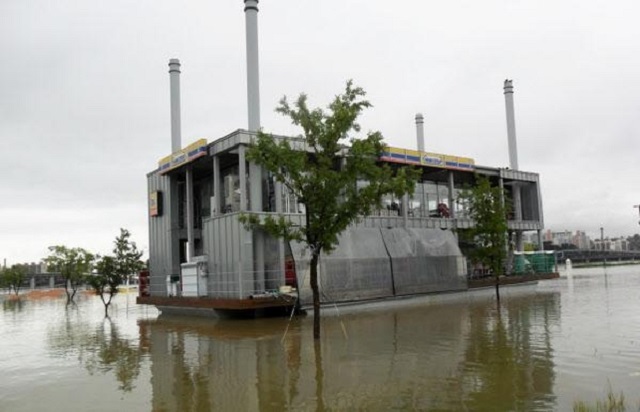 Once the water rises, the buildings start to float. An iron bar that keeps each building in place in water depths as high as 12 meters keeps the convenience store from floating away.

Over the past 10 years, convenience store operators in the Hangang Park have gradually been introducing floating store designs to prevent flood damage.