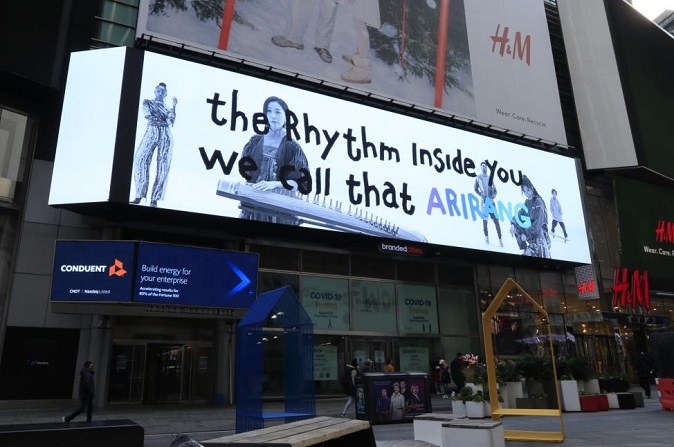 The Cultural Heritage Administration and Korea Cultural Heritage Foundation, together with professor Seo Kyung-duk, an active promoter of South Korea, have paid to display a 30-second ad of “Arirang” on an electronic billboard at Times Square.

The video introduces dancers, graffiti artists, skateboarders and other foreign models to each express the rhythm of the time-honored Korean folk song. 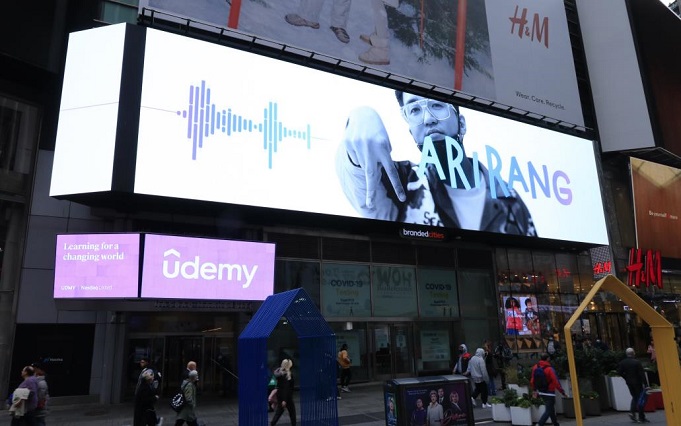 The video ends with the slogan, ‘The rhythm inside you, we call that Arirang’.

The video was produced as part of the global promotion of the ‘Visit Cultural Heritage Campaign’.

It is the fifth promotional video after hanbok, Korean food, hanok (Korean traditional home), and hangul (the Korean alphabet).