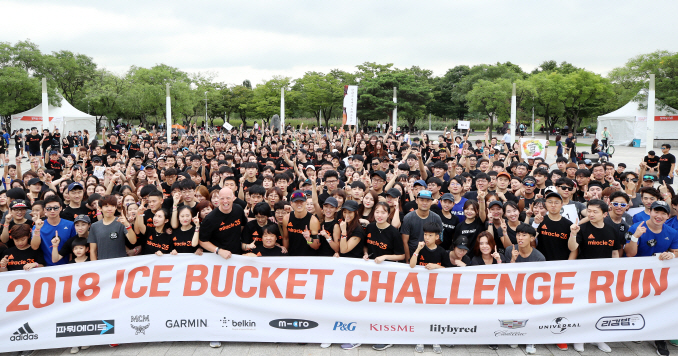 According to the Seungil Hope Foundation, 920 people simultaneously participated in the 2018 Ice Bucket Challenge Run held on September 15 at World Cup Park in Mapo-gu, Seoul.

The Ice Bucket Challenge involves the dumping of a bucket of ice and water over one’s head to promote awareness of amyotrophic lateral sclerosis, more commonly known as Lou Gehrig’s disease.

After becoming a global phenomenon in 2014, the Ice Bucket Challenge has seen Korean politicians, celebrities and sports stars drench themselves with ice and water for a good cause.

Seungil Hope Foundation, the host of the bucket challenge run that day, was co-founded by Park Seung-il, a former star basketball coach who is currently suffering from Lou Gehrig’s disease, and the pop star Sean. 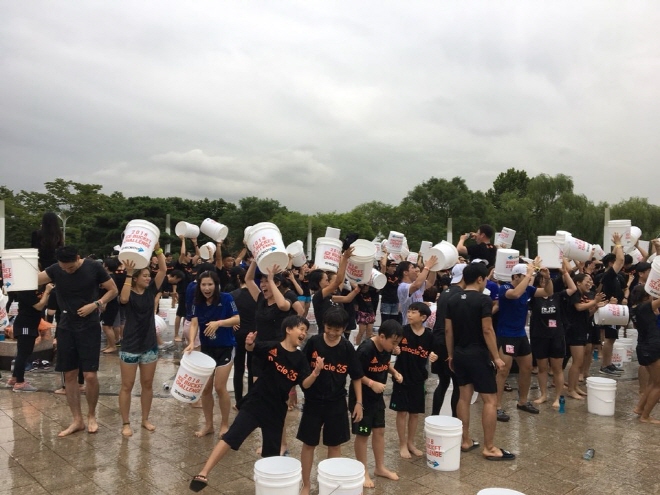 The previous world record had 803 people participating in the ice bucket challenge, a record that was shattered that day.

Park Seong-ja, an executive officer at the foundation said that a total of 58 million won was donated for the purpose of building a hospital for Lou Gehrig’s disease patients.

Park also thanked those who had donated various goods to be used for charitable causes.