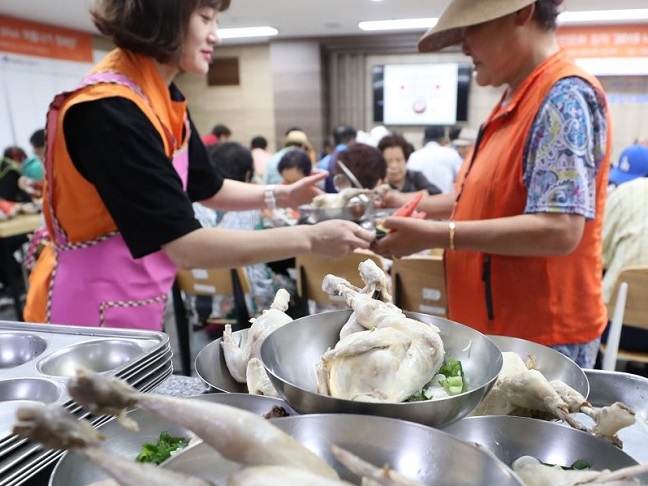 Volunteers prepare “samgyetang,” a traditional Korean soup made with a whole young chicken stuffed with ginseng, sticky rice and garlic, for underprivileged senior citizens at a community welfare center in Daegu, some 300 km southeast of Seoul, on June 20, 2019. (Yonhap)

SEOUL, Dec. 31 (Korea Bizwire) — A number of low-income households had less than an appropriate amount of food with less or no consideration for a balanced diet last year.

The Korea Disease Control and Prevention Agency conducted an analysis of national health and nutritional surveys, which showed that only 86.6 percent of low-income households had access to a sufficient amount of food.

This indicates that the remaining 13.4 percent had less or no access to a sufficient amount of food.

The overall ratio of sufficient food access also dropped from 96.9 percent in 2018 to 96.3 percent last year.