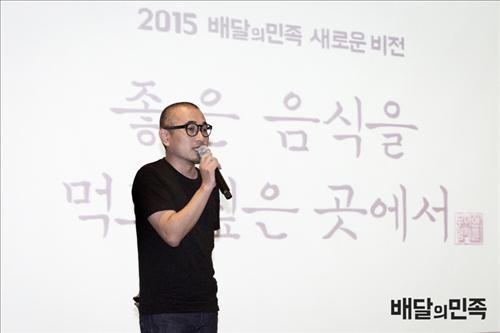 SEOUL, July 28 (Korea Bizwire) – South Korea’s leading food delivery application said Tuesday it will abolish commissions imposed on every order handled through its platform in order to focus on expanding the number of users.

The app dubbed “Baedal Minjok,” which means “Delivery Nation” in English, currently charges shop owners a commission of around 5.5 percent to 9 percent of the price per order made through its direct-payment system.

“Such fees will be abolished starting in August,” said app operator Woowahan Brothers. “We found it meaningful to expand our scope of customers more than generating short-term revenue.”

Instead, the company said it will tap into other businesses by capitalizing on the wide scope of those using the app, which boasts 5 million orders monthly from around 3 million smartphone users.

The existing commissions accounted for around 30 percent of its combined revenue, the company said, adding the new change will not excessively hurt its earnings.

It will, however, continue to charge regular monthly subscription fees to shop owners, which stand at around 30,000 won to 50,000 won. Around 150,000 shops are registered on the application.

The company said South Korea’s food-delivery market stands at around 12 trillion won to 14 trillion won annually, adding the application takes up around 1.7 trillion won of the combined volume.

First distributed in 2010, the app provides users with services similar to the likes of the U.S. counterpart GrubHub Food Delivery & Takeout.

The company said it will also launch a new service, “Baemin Fresh,” which will deliver foods, such as fruits and cooked dishes, through refrigerated trucks between 10:00 p.m. and 7:00 a.m. to customers’ doors in order to add to their convenience.

The company came under the spotlight when U.S. financial firm Goldman Sachs said last year it will invest 40 billion won in the firm.

Goldman Sachs officials then reportedly said the food-ordering program for smartphones is a “locally made service with innovative ideas,” with which the investment bank “hopes to form a partnership and support further development.”