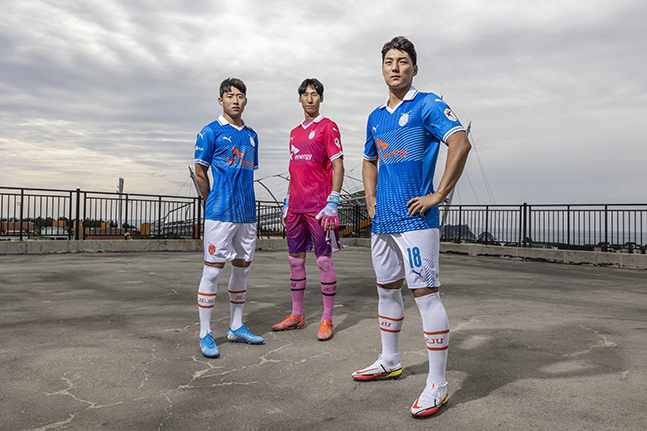 This photo provided by Jeju United shows the team’s new football uniforms made by recycling plastic.

Last Sunday, members of the football club appeared in a blue uniform, instead of the official orange, at a match against Jeonbuk Hyundai Motors at home.

It was the recycled uniform made together with the fans.

Jeju United currently runs a program in which participants can exchange plastic bottles for special points that can be used to enjoy various promotional events offered by the team.

It is the first of its kind in the football industry.

The program has gathered 19,255 plastic bottles, easily surpassing the original goal of 5,000, to recycle them into uniforms.

Unlike previously recycled uniforms, these uniforms are made in joint support with the fans, who joined in the efforts to collect the plastic bottles.

“This will become a model case for a successful activity with a high social value that uses sports as a platform,” a team official said.