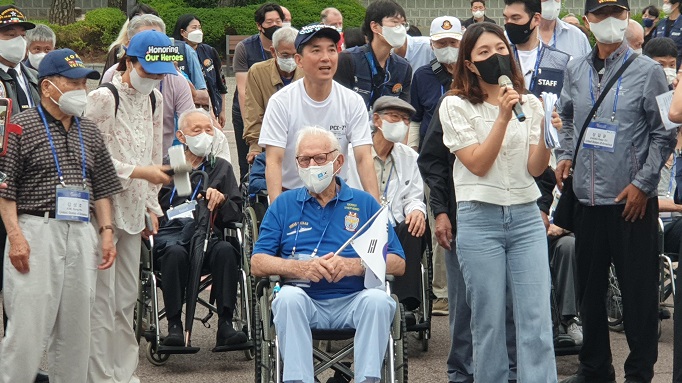 The Ministry of Patriots and Veterans Affairs invited veterans from nine countries who participated in the Korean War under the U.N. flag, along with some 60 family members, to tour Cheong Wa Dae in celebration of the 72nd anniversary of the outbreak of the 1950-53 Korean War.

Veterans Minister Park Min-shik was seen wearing a shirt emblazoned with ROKS Cheonan and a cap that said “Honoring Our Heroes,” as he guided the war heroes through the former presidential office. 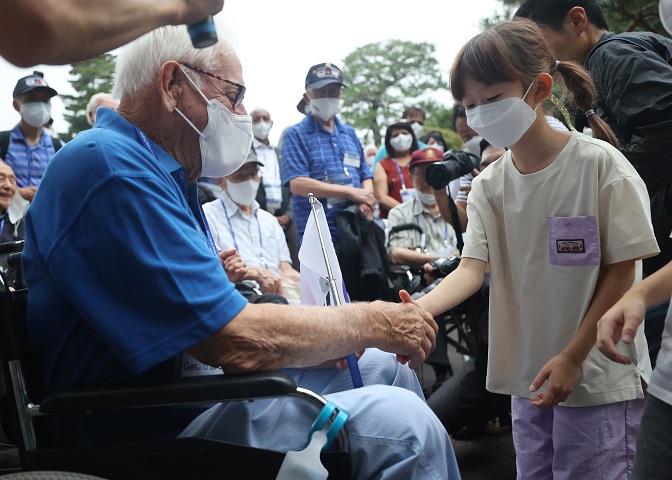 Korean families touring Cheong Wa Dae greeted the veterans with one of the children approaching a veteran to make a respectful bow. One of the citizens wished the veterans a long, healthy life.