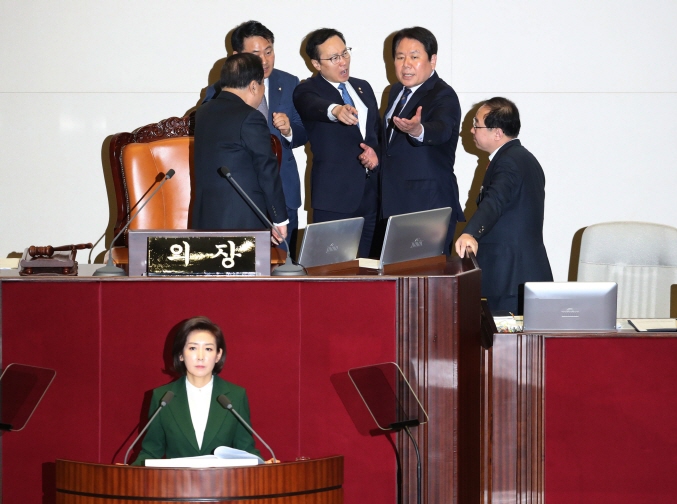 The ruling Democratic Party issued a statement berating Na, but it also criticized the Bloomberg reporter by name, accusing her of writing a treacherous story, as a South Korean citizen, that insulted the head of state.

The Seoul Foreign Correspondents’ Club issued a statement expressing “grave concern over the ruling Democratic party’s statement singling out a Bloomberg reporter,” saying it “resulted in serious threats to her personal safety.”

“It is disturbing for any politician to accuse any journalist of treason — a criminal offence — for reporting on matters of public interest or voicing an opinion. This is a form of censorship and journalistically chilling,” the statement said.

“Questions or complaints regarding an article should be raised with the publication in question rather than personally and publicly targeting a reporter,” it said.