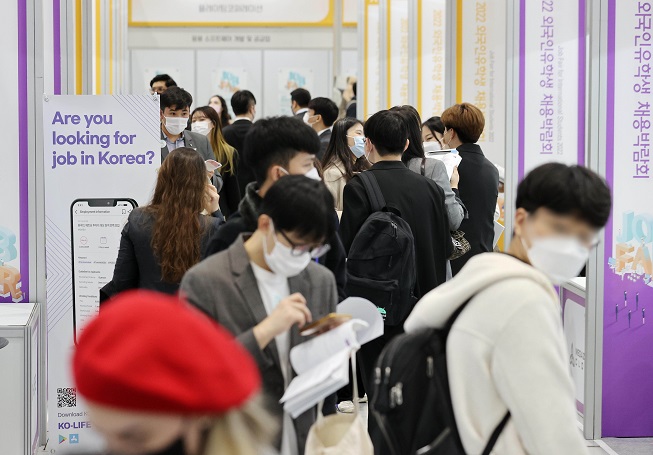 SEOUL, Nov. 25 (Korea Bizwire) — With the number of undocumented foreigners who have failed to return to their home countries after their visas have expired reaching over 410,000, the largest proportion of them are study-abroad students and those studying the Korean language, data showed Thursday.

The Ministry of Justice said that there were 137,779 foreign students staying in South Korea under D-2 student visas as of late October, which was 19,881 more than last year.

There were 62,262 people on D-4 study visas, which are suitable for those studying the Korean language, a yearly increase of 10,887 people.

Focusing on new foreign students entering South Korea, it is estimated there are around 30,000 people who have recently entered the country on D-2 and D-4 visas.

In contrast, 27,490 people were newly categorized as undocumented foreigners as of October, among whom 3,653 carried expired D-2 visas and 2,603 D-4 visas.

A study-abroad student visa allows a foreigner to stay in South Korea for up to three years, and a Korean language student visa up to 6 months.

The data shows that around 20 percent of some 30,000 foreign students entering South Korea each year are failing to leave the country even after their visa expires.

The reason why a significant portion of foreign students are undocumented is that they have gotten used to Korean life, and are capable of working and making income to send remittances to their home countries.