Although many new films have been released, “Begin Again” ranks No. 2 in the Korean box office and real time booking rates, and there has been a keen interest in whether it will top “Howl’s Moving Castle,” a 2004 Japanese animated fantasy film, that has been ranked No. 2 in diversity movies to date.

“Begin Again” is an American musical film that illustrates the process of overcoming crises and healing the wound in heart through music. John Carney, director of a 2007 Irish musical film “Once,” wrote and directed “Begin Again,” and Keira Knightley, Mark Ruffalo, Hailee Steinfeld, and Adam Levine are starring the film. 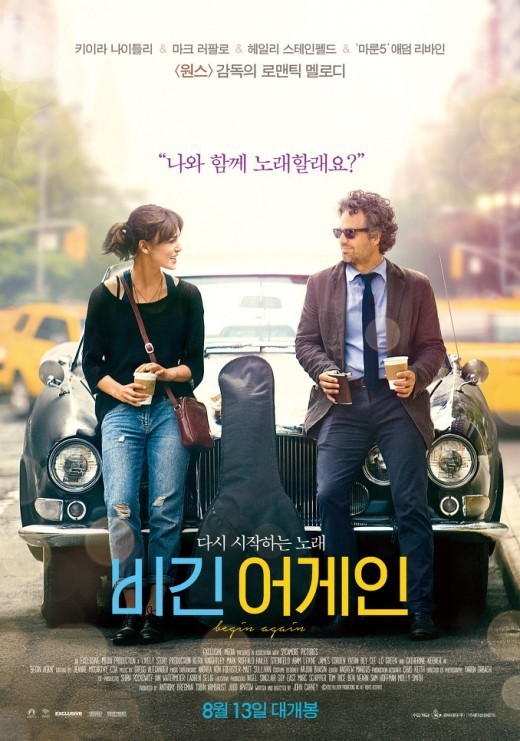