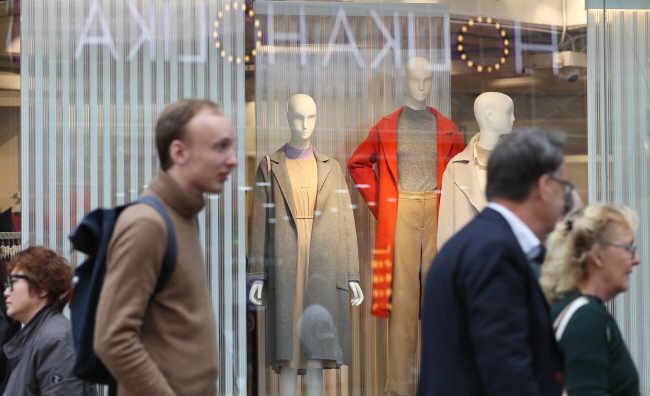 SEOUL, Dec. 14 (Korea Bizwire) — The spending patterns of foreign tourists, which have been concentrated on cosmetics in the past, are undergoing a transformation, while the number of foreign tourists visiting Seoul is predicted to surpass 12 million this year.

Shinsegae Department Store said on December 13 that customers at the brand’s Gangbuk store north of the Han River were primarily interested in ‘K-Fashion’, and customers in Gangnam, the modern district south of the river, focused on buying luxury items.

This analysis was based on a survey of this year’s spending patterns among foreign customers at Shinsegae’s Gangnam store and its flagship store in Myeongdong.

Foreign customers who visited the flagship Shinsegae Department Store spent most of their money on cosmetics last year, while they focused on buying sportswear and street fashion this year.

Conversely, luxury item purchases were most popular at Shinsegae’s Gangnam store this year, in a repeat of last year.

Shinsegae Department Store explained that K-Fashion is popular thanks to “hallyu,” or Korean Wave at the flagship store, which is frequented by many young customers in their 20s and 30s since it’s located in the popular tourist neighborhood of Myeongdong.

Luxury items are hot at the Gangnam store, where many customers are on business trips and have greater purchasing power.

The number of non-Chinese customers from countries such as Japan, the United States and Vietnam increased by 22.5 percent over last year, and they showed purchasing power similar to Chinese customers.