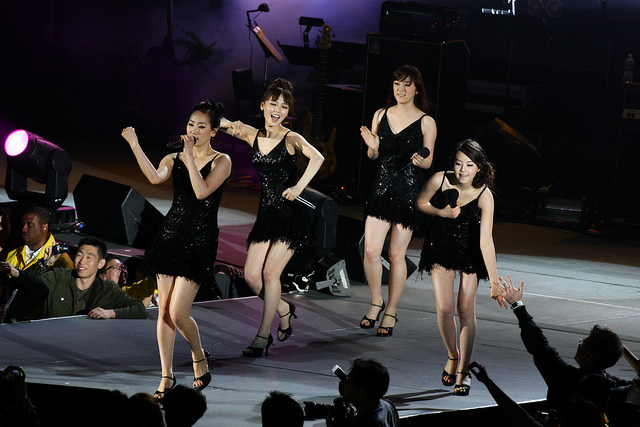 Wonder Girls will resume its activities as a four-member group with the absence of the two members and the return of former member Seonmi, who left the group in 2010. (image: Mity/flickr)

SEOUL, June 25 (Korea Bizwire) – K-pop group Wonder Girls will make a comeback as a pop band after five years as a dance group with a new album in early August, its management agency said Thursday.

“Yeeun will play keyboard, Herim guitar, Yoobin drum and Seonmi base guitar,” JYP Entertainment said. “The members have been practicing for more than a year to work as a band.”

The agency announced Wednesday that the group will release a new album in August. It, however, did not give any details of the album.

After debuting in 2007, Wonder Girls provisionally halted its activities in June 2012, following the marriage of one of its five members, Sunye, and vocalist Sohee’s end of her contract with the agency.

The band will be composed of four members — Yeeun, Herim, Yoobin and Seomni, a former member who rejoined the group recently, according to JYP.