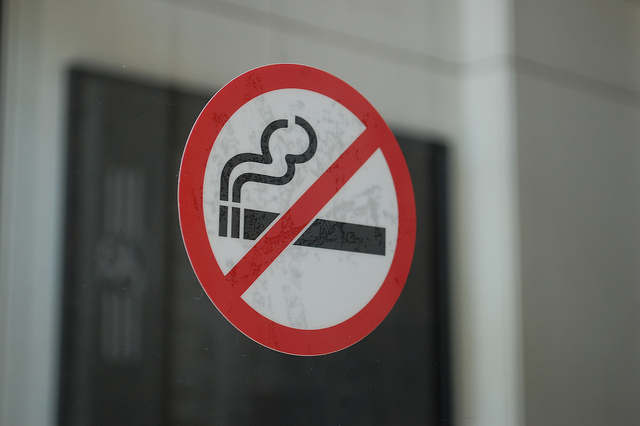 According to South Jeolla Province, the four universities will sign an agreement with the province to make their campuses smoke-free. (image: SmartSign/flickr)

According to South Jeolla Province, the four universities will sign an agreement with the province to make their campuses smoke-free. To this end, they will pursue research on actual conditions of students’ smoking, and pursue various anti-smoking campaigns like anti-smoking education, the establishment of no-smoking zones on campuses, and the opening of quitting clinics.

In addition, the universities will select smoke-free supporters among their students and implement anti-smoking activities in cooperation with student bodies.

The provincial government will provide administrative support for the campuses.

A health official of the province said, “For the upcoming World No-Tobacco Day on May 31, our province is pursuing various anti-smoking campaigns along with the universities to raise the success of smoke-free campaigns.”