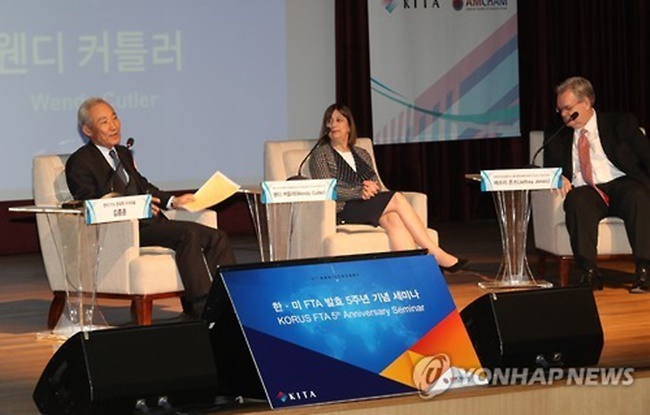 SEOUL, May 15 (Korea Bizwire) – South Korea’s trade association said Monday it plans to dispatch a group of delegates to the United States early next month, to expand economic exchange on the private level.

The delegation will be the first of its kind dispatched by the Korea International Trade Association (KITA) after the start of the Donald Trump administration.

The group, made up of 10 representatives, will be led by KITA Chairman Kim In-ho and other trade experts and will leave on June 6 for Washington D.C. on a four-day visit to meet with their U.S. counterparts, the association said in a statement.

The move comes amid growing concerns over a possible renegotiation of a free trade pact with the U.S., also known as the KORUS free trade agreement (FTA), since President Trump vowed to narrow the large trade deficit with South Korea. The chief executive had called the pact a “horrible deal” in a recent interview.

The delegation will thus be tasked with alleviating the pressure over the bilateral trade pact, while raising the awareness of the importance of economic cooperation between the two allies, the association said.

The delegation plans to host a series of seminars and arrange meetings with U.S. lawmakers as part of its efforts to boost exchanges.

The June dispatch, meanwhile, comes earlier than KITA’s initial schedule to send a delegation around fall. Observers here said that the move is aimed at effectively dealing with mounting concerns over Washington’s protectionism tendencies.