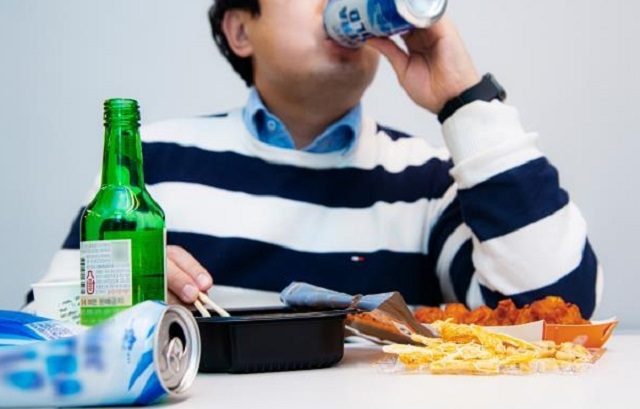 SEOUL, Dec. 9 (Korea Bizwire) — With more Koreans drinking alone at home in the pandemic era, a new study showed that drinking a small amount of alcohol every day raises the risk of cancer in the digestive system by 39 percent.

A joint research team from Seoul National University Hospital and Samsung Medical Center selected 11 million people who were over 40 years of age, and without any diagnosed case of cancer during their national health examination conducted between 2009 and 2011, to observe their changes in health until 2017.

The research team compared the risk of cancer in the digestive system based on the frequency of alcohol consumption, which showed that the risk rises with higher consumption of alcohol.

If the level of risk for cancer in the digestive system is 1 for non-alcohol consumers, the risk rose to 1.28 for excessive alcohol consumers. Drinking every day raises the risk even further to 1.39.

People who drink five to seven shots of alcohol in a single round were 1.15 times more likely to suffer from cancer in the digestive system than those who didn’t drink.