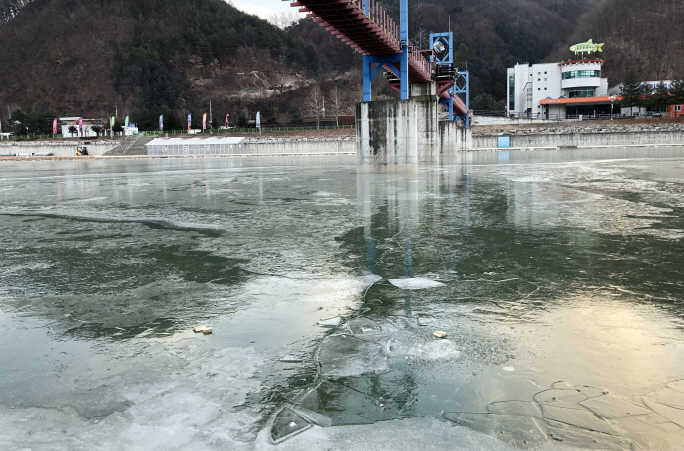 Local officials said that the ice was between 6 and 6.5 centimeters thick since the frigid cold snap hit Hwacheon Stream the day before. (image: Hwacheon County Office)

And the recent cold that swept the country is helping to freeze solid the main grounds that will be used for ice fishing during the festival.

This is a welcoming sign for the festival after suffering from thin ice for the past couple of years due to unseasonably warm weather.

Local officials said that the ice was between 6 and 6.5 centimeters thick since the frigid cold snap hit Hwacheon Stream the day before.

The freeze has come three to four days earlier than average.

Hwacheon-gun expects the ice to be up to 20 centimeters thick by the end of the year, as long as the weather stays on due course. 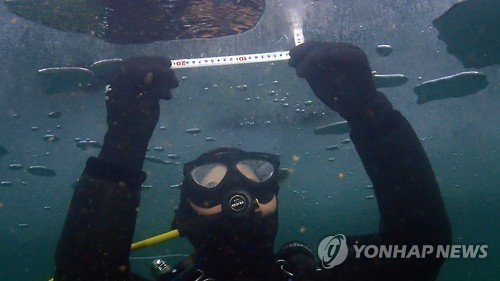 Divers have been checking Hwacheon Stream regularly to verify if there is enough oxygen in the water to keep the trout alive, and if the water level below the ice is not too high.

Hwacheon authorities will determine the number of visitors allowed into the ice fishing grounds based on videos taken by divers below the ice, as part of their aim to focus on safety as a top priority.

“Hwacheon has more than 10 years of experience in making sure that all the freezing conditions are properly met,” said Choi Mun-sun, mayor of Hwacheon. “Safety is most important for a successful festival.”

The 2019 Hwacheon Sancheoneo Ice Festival will take place from January 5 to 27 at Hwacheon Stream.