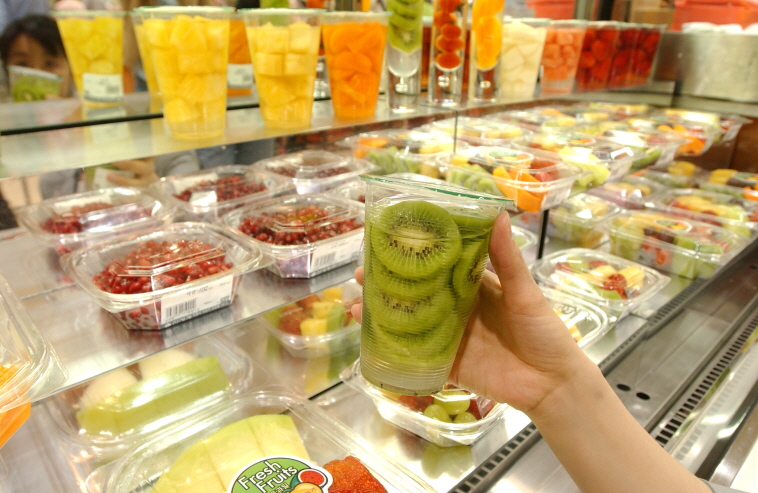 Single households prefer fruits that can be peeled easily compared to those that require the use of a knife. (image: Public Domain)

SEOUL, May 3 (Korea Bizwire) — As the number of single households in South Korea continues to rise, smaller portions of sliced fruit and sliced fruit cups are becoming popular with consumers.

According to an announcement by Lotte Mart on Wednesday, an analysis of watermelon sales during a three-year period from 2015 to last year showed that mini watermelon (1.5-4 kg) and regular-sized ones sliced into smaller parts boasted larger sales than regular watermelons (4-10 kg).

The sales share of mini watermelons was only 4.1 percent of total watermelon sales in 2015, but this figure doubled to 7.6 percent in 2016. The market share of sliced watermelons also increased from 4.8 percent to 6.9 percent within the same period.

“In the past, an entire family would enjoy a large watermelon weighing 8 to 10 kilograms as a summer treat, but with the rise of single households, people now prefer smaller watermelons that you can eat in one go,” said Song Tae-gyeong, a fruit merchandiser at Lotte Mart.

In addition, single households also prefer fruits that can be peeled easily compared to those that require the use of a knife.

As sales of ready-to-eat fruit continue to rise, frozen fruits are also translating into profits as the frozen delights saw an 18.5 percent increase in sales year-on-year. So-called “fruit cups” also increased in sales by 15.2 percent.