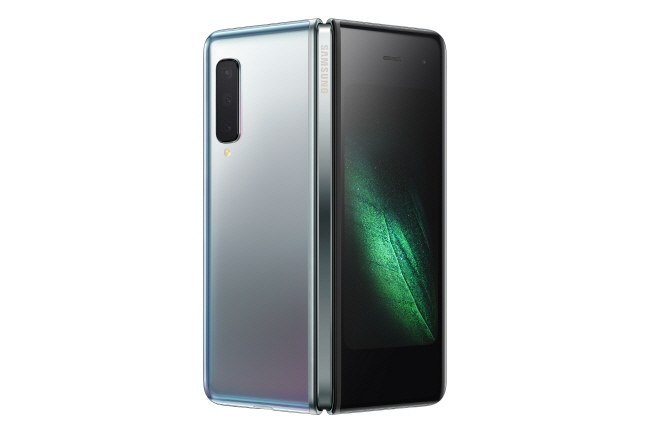 SEOUL, Nov. 8 (Korea Bizwire) — Despite its innovative functions and design, Samsung Electronics Co.’s Galaxy Fold was ranked as the 19th-best smartphone by U.S. Consumer Reports due to its bulky design and weak internal durability.

Samsung’s first foldable device scored 85 points in the smartphone reviews by the influential American consumer magazine, behind the firm’s Galaxy S9+, released last year, which was ranked at 18th place.

Consumer Reports said Galaxy Fold’s rear glass screen broke when it was dropped 100 times while the screen remained folded, saying it needs a case to shield against external shocks.

Galaxy Fold has a 7.3-inch display that becomes a 4.6-inch screen when folded and is designed to enhance multitasking experiences. It is 6.9 millimeters thick when unfolded and 17 mm thick when folded.

Samsung had initially planned to roll out the device in the United States in late April but pushed the release back to September in the global market to fix durability issues on its foldable screen.

Samsung said it extended the top protective layer of the display beyond the bezel, making it hard for users to peel it off.

The top and bottom of the hinge area have been strengthened with new protection caps, and additional metal layers underneath the display have been included to reinforce the protection of the display, it noted.