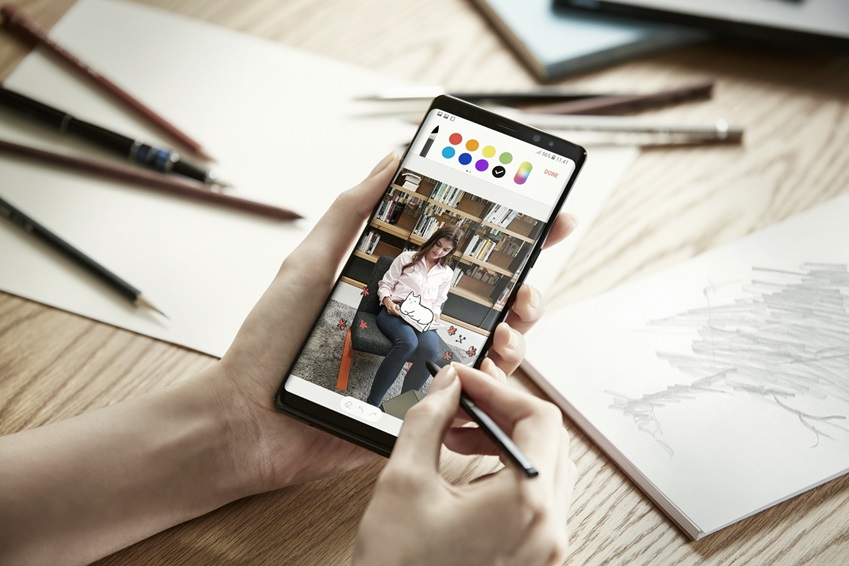 The display producer for Samsung Electronics Co. said the phablet became the first smartphone to win “Excellent A+” grade from DisplayMate.

“The Galaxy Note 8 is the latest in a new generation of OLED Smartphones that have a Full Screen Display design like the Galaxy S8. It has many major and important state-of-the-art display performance enhancements, features and functions, with mobile OLED display technology now advancing faster than ever,” DisplayMate said.

“The Galaxy Note8 is the most innovative and high performance Smartphone display that we have ever lab tested. So the Galaxy Note 8 becomes the Best Performing Smartphone Display, earning DisplayMate’s highest ever A+ grade,” it added.

Samsung Electronics’ 6.3-inch Galaxy Note 8 boasts a Quad HD+ Super AMOLED display with an aspect ratio of 18.5:9. With this Infinity Display, the company has almost eliminated side bezels to give the device a simple yet immersive design up front.

Samsung Display said the Galaxy Note 8′s peak brightness is equal to that from a set of 1,240 candles. The performance beats that of the Galaxy S8, which held a comparable figure of 1,020 candles.

“The 6.3 inch display is 20 percent larger in screen area than the Galaxy S8 and 14 percent larger than previous Galaxy Note displays, without increasing the size of the phone, which is accomplished by reducing the borders around the display,” DisplayMate added.