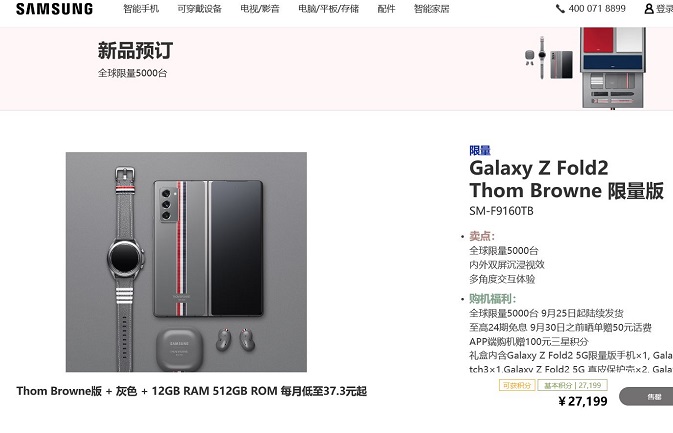 The pre-sales were made on a first come first serve basis. The limited edition Galaxy Z Fold 2 Thom Browne sold out in all of the sales channels just 4 minutes after pre-sales began.

Unlike in South Korea where the sales were made on a drawing lots basis, Samsung will deliver the limited edition model to Chinese customers who made purchases earlier than others in an orderly manner from Sept. 25.

The Galaxy Z Fold 2 Thom Browne Edition is a premium package developed in collaboration with the famous fashion brand.

Some experts said the rapid sellout in China indicates that demand for the ultra-high-priced foldable smartphone is very strong among high-income Chinese consumers, who can show off their wealth to others by having such a phone.