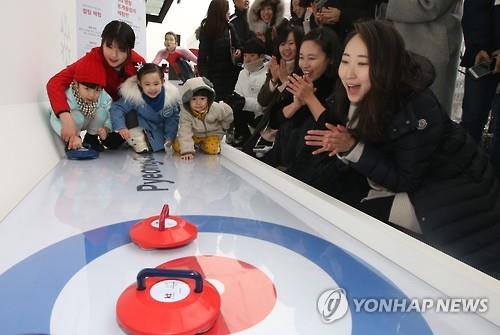 PYEONGCHANG, Jul. 19 (Korea Bizwire) – Going to PyeongChang from Seoul by a car may be challenging trip this time around.

It will take more than three and a half hours for drivers to reach the South Korean alpine town from nation’s capital — nearly an hour more than usual — as several sections of Yeongdong Expressway are in maintenance or repair, causing bumper-to-bumper traffic.

This is all because PyeongChang, some 180 kilometers east of Seoul, is getting ready to welcome visitors from around the world for South Korea’s first Winter Games in 2018.

The organizers expect to see more than 2 million visitors during the quadrennial event. The Winter Games will be mainly staged in PyeongChang County, but some events will also be held in Jeongseon County and the city of Gangneung, all in Gangwon Province.

For the region, putting on a successful Winter Games is important, but just like any other mega event hosts, carrying on the Olympic legacy and rising as an attractable travel destination are also critical.

“The PyeongChang Winter Olympics has given a wonderful opportunity for Gangwon Province,” said Gangwon Governor Choi Moon-soon at the 80th Tourism Sciences Society of Korea (TOSOK) International Tourism Conference at Alpensia Resort in PyeongChang last week. “People here are proud to host the Winter Olympics and we want our tourism industry to further grow through the event.”

Gangwon Province is already a popular vacation spot for the locals. According to a survey conducted by the Ministry of Culture, Sports and Tourism and Korea Culture and Tourism Institute last week, Gangwon was picked the No. 1 summer vacation destination for South Koreans.

But the province is now looking for the best way to capitalize on sports infrastructure from the Olympics, while getting international recognition. According to the provincial government, 2 million foreigners visited the region last year, but it aims to double the number by 2018.’

Looking for ideas on how to boost Gangwon Province tourism, scholars, government officials and industry pundits gathered at the TOSOK conference at Alpensia Resort in PyeongChang. TOSOK is the nation’s largest academic body on tourism with 2,000 members.

Local researchers said the conference presented an interesting topic for them. South Korea previously hosted the 1988 Summer Games in Seoul and the 2002 FIFA World Cup, but this is the first time that the country, which lacks a winter sport heritage, is staging the Winter Olympics in venues located in remote areas.

“Although the PyeongChang Games have not started yet, we must draft the blueprint of PyeongChang’s tourism after the Olympics from now,” Byun Wu-heui, the chairman of the TOSOK, said Wednesday. “We should put our wisdom together in tourism industry development and think about how to utilize the sports tourism infrastructure.”

One of the subjects that researchers first touched on was the accessibility of PyeongChang. Some of the participants argued that it took so long for them to reach the Gangwon town from their home, which suggests foreigners would struggle even worse.

“I think regional governments should work as one unit,” said Ahn Ok-mo, the head of Korea Hotel Professional Managers Association. “We can think about connecting the city with a neighbor city that already has a good accessibility.”

But Olympic organizers said this wouldn’t be a problem.

“Travel conditions at both the domestic and international level will be improved with the No. 2 Yeongdong Expressway and the new high-speed railway form Wonju to Gangneung enabling transit from Incheon International Airport to PyeongChang within 90 minutes,” PyeongChang County Mayor Sim Jae-kook said.’ 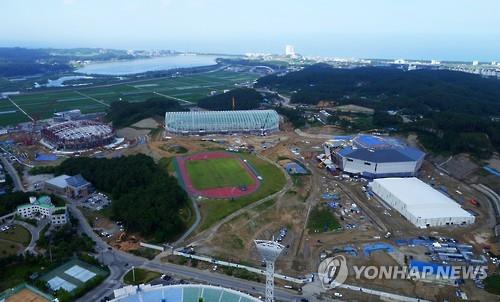 The 2018 Winter Games facilities in Gangneung, Gangwon Province, are under construction. (Yonhap)

PyeongChang officials said the construction of a new high-speed railway connecting Wonju and Gangneung, both in Gangwon Province, will be finished by the first half of 2017. Gangneung is only a half-hour drive from PyeongChang.

They added that the completion of the second Yeongdong Expressway and other additional roads will disperse the traffic and allow for quicker trips to PyeongChang. The organizers said the new highway, which will open in November, will take drivers from Seoul to Wonju in about 54 minutes, nearly a half hour faster than the usual travel time. Wonju is about 100km west of PyeongChang.

Lee Yeong-ju, a researcher at the Research Institute for Gangwon, the think tank established for the province’s development, said what actually worries the province is its travel content after the Olympics.

“The new high-speed railway has shifted the paradigm for Gangwon tourism,” she said. “Our task is to present tourism content that can be as attractive as the sporting events at the Winter Games.”

For foreigners to enjoy the region beyond sports events, Gangwon Province has said it will establish 13 additional tourist centers and check the maintenance on 300 restaurants and lodging facilities by the end of 2017. The province also plans to create various cultural festivals and tourism courses connecting the region’s top sceneries.

“It’s a pity that people don’t care about non-hosting cities in Gangwon, but we should make tourism routes that connect other parts of the Gangwon area,” Lee said. “The Olympics also compel us to think about whether the quality of the region’s service industry meets the global standards. But I believe the Olympics will be a great experience for local businesses.” 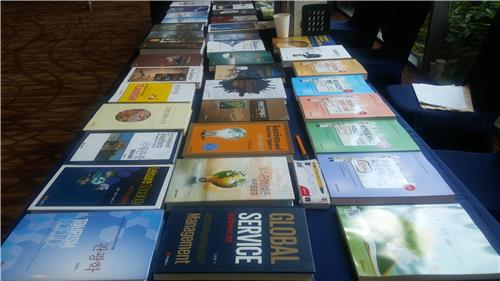 When it comes to utilizing venues after the Olympics, the organizers said they have developed plans for eight of the 12 facilities. The organizers have yet to finalize the post-Olympics utilization of Jeongseon Alpine Centre for alpine skiing and Gangneung Oval for speed skating events, as well as the main and auxiliary facilities of Gangneung Hockey Centre.’

PyeongChang officials previously explained most of the snow venues will be used as resorts and for sports, while the indoor venues will be converted into gyms, convention and leisure centers for the public.

Experts said sustainability of these venues after the Olympics will depend on their profitability. Linking these sports facilities to tourism development is another difficult task, they added.

“I think the Winter Olympics presents both an opportunity and a risk for PyeongChang,” said Park Yang-rae, vice president of the Development Research Institute of Asia. “If these venues can make a profit, it will be a heavy burden for the government and they will have little time to think about connecting these venues to tourism. These municipal governments should attract private capital and foreign investment, and ease regulations if necessary.”

Also for the sustainable legacy of the Olympics, the PyeongChang Organizing Committee for the 2018 Olympic and Paralympic Winter Games (POCOG) previously said it aims to work with Tokyo, the host of the 2020 Summer Games, and Beijing, which will stage the 2022 Winter Games, to create a cultural asset out of the Olympics.

Researchers said the organizers should be patient with their legacy plan and they need to schedule events that can pick up the momentum from the Olympics.

“Legacy takes long time,” said Nicole Shipton, a tourism and leisure management professor at Induk University. “We need to have more hallmark events after the mega events. This is an amazing chance to promote tourism.”

The organizers and scholars said the Winter Games also offers a great opportunity not only for the Gangwon region, but also for South Korea as a whole. Although the country has previously hosted mega sporting events like the Summer Games and FIFA World Cup, observers said South Korea needs to have “a unique item” that others don’t have.

“The Olympics is a big national promotional opportunity,” said Heo Chung-uk, who teaches tourism administration at Kangwon National University. “We have hosted various mega events, but does South Korea really have ‘cultural muscle’?”

As the Winter Games is about 19 months away, the organizers said first and foremost, they need the people’s support and attention. They lamented that even in South Korea, the atmosphere surrounding the Olympics is still cold.

“It’s sad that the Olympic boom this time around is not the same as what we experienced ahead of the 2002 FIFA World Cup,” said Nam Dong-seon, the department head of the cultural tourism at PyeongChang County Office. “We hope the culture ministry and the central government will provide large budget support to make this mega event successful.”