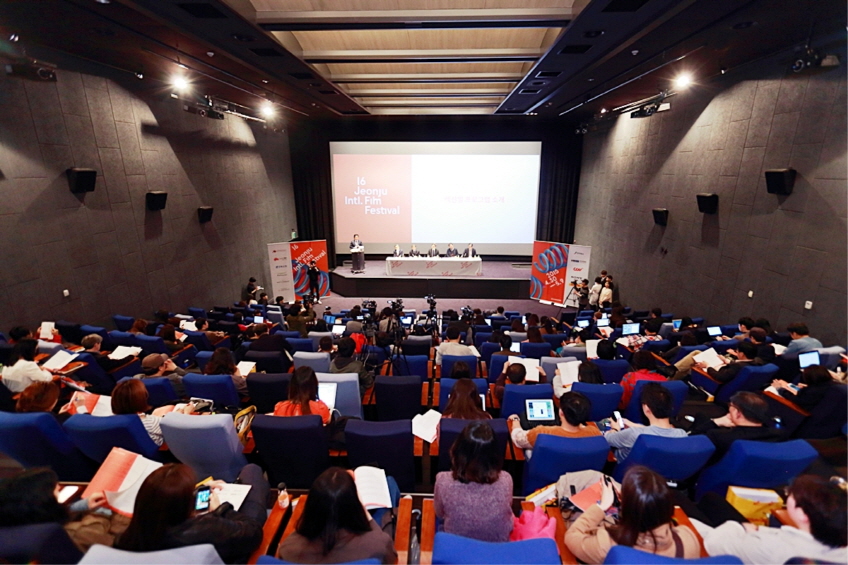 The ceremony was followed by the screening of Canadian director Robert Budreau’s feature “Born to be Blue.” The film follows the life story of legendary jazz trumpet player Chet Baker, portrayed by Ethan Hawke.

Including the opening film, the 17th edition of the festival features 211 movies from 45 countries, the largest in the festival’s history.

“The essence of film is not the filmmaking technique but free expression,” Jeonju Mayor Kim Seung-soo, chairman of the festival’s organizing committee, said during the opening ceremony. “The Jeonju International Film Festival will stick to the essence of film.”

The festival will close on May 7 with an awards ceremony that will name the grand prize winner in the international competition category.