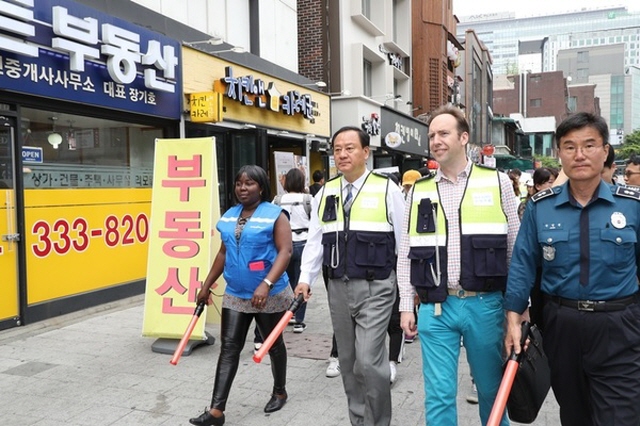 The patrol team consists of 20 people, including Chinese, Nigerian and Vietnamese volunteers.

Twice a week, they will patrol the streets in Yeonnam-dong, near Hongik University Station and in the general Hongdae (Hongik University) area on four-hour foot patrols, offering help with translation, providing guidance on violating basic order, and beautifying the environment.

The launch ceremony was held on May 17 with about 60 officials at Hongdae Culture Street.

A Chinese patrol member reported that he joined the patrol because he wanted to contribute in even the smallest way to Korean society.

Mapo District Office frequently recruits foreign volunteer crime prevention guards. All foreigners living in Seoul can participate in the program if they go through a selection process.