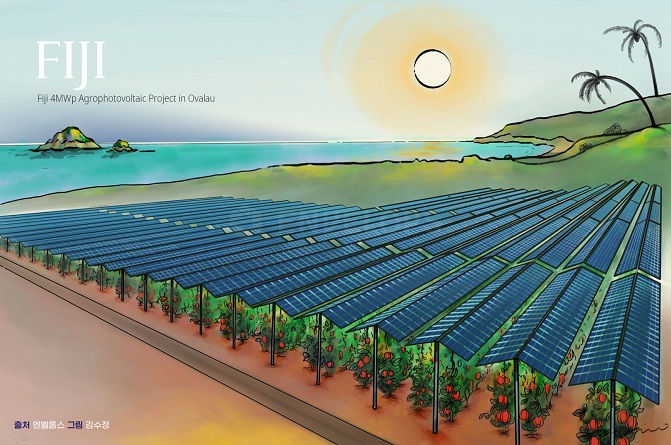 The GCF, headquartered in Songdo of Incheon, west of Seoul, endorsed the funding plan on Wednesday, giving a boost to the Korea International Cooperation Agency (KOICA)-led project to support Fiji’s shift towards renewable energy sources.

Since 2018, KOICA has pushed for the Fiji Agrophotovoltaic Program in cooperation with other related agencies. It seeks to build and manage solar power plants on the island of Ovalau in Fiji and offer technical support for enhancing agricultural productivity.

The project came as Fiji has been beefing up efforts to overcome climate change-related challenges, such as droughts and floods, which have threatened the nation’s food security.

“In the future, KOICA will work with the GCF to promote various climate change projects to support developing countries in responding to climate change,” KOICA President Lee Mi-Kyung was quoted as saying in a press release.

The total budget for the Fiji project is expected to stand at $20 million. The GCF will offer a total of $9 million, including the $5 million funding that it has already approved. KOICA will offer $8 million.