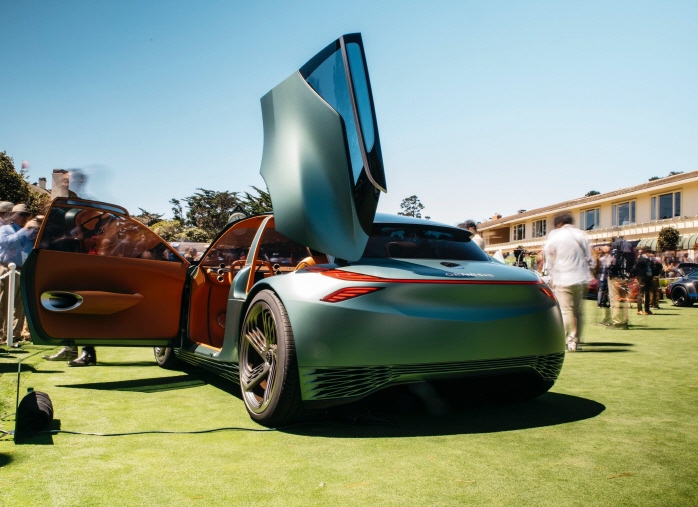 Genesis displayed the “Mint Concept” at Monterey Car Week 2019, which was held in Monterey, California from Aug. 14-18 (local time), Genesis said in a statement.

The Mint Concept is based on an electrified premium city car unveiled at the New York auto show in April.

Hyundai Motor has long been regarded as a mass-market brand in global markets. Through Genesis vehicles, the South Korean carmaker has been seeking to enhance its brand image as a premium carmaker as well.

Hyundai Motor Group, which also includes Kia Motors Corp., began its drive to place foreign talent in key decision-making positions by recruiting ex-BMW designer Peter Schreyer to Kia in 2006 with an aim to improve the design and performance of its vehicles.

Dozens of foreigners have since joined the Korean auto giant.

They include Thomas Schemera, who led the BMW M performance car division, and former BMW performance car developer Albert Biermann, now in charge of the development of top-of-the-line vehicles at the group.