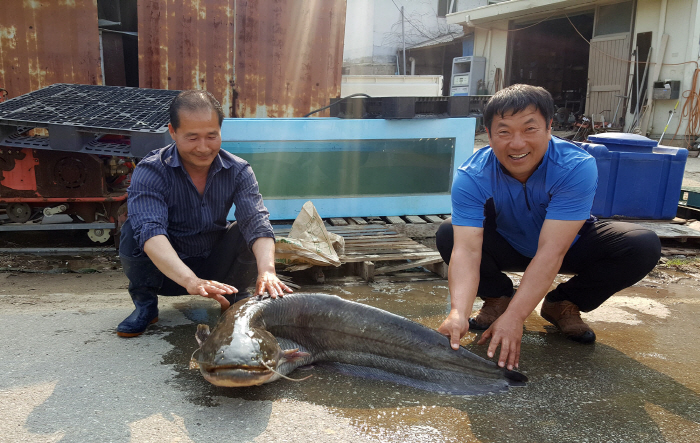 CHEONGYANG, Oct. 17 (Korea Bizwire) — A gigantic catfish that was caught previously in Cheongyang County in South Chungcheong Province in April was released back into the wild.

The catfish caught in the Geumgang River in the Hwayang-ri, Mok-myeon district measured 1.35 meters in length and weighed 38 kilograms.

According to the local municipality, the large catfish was donated to the Natural History Museum earlier in the year to allow children to experience it for themselves, but the fish was apparently unable to adopt to the environment provided by the museum. 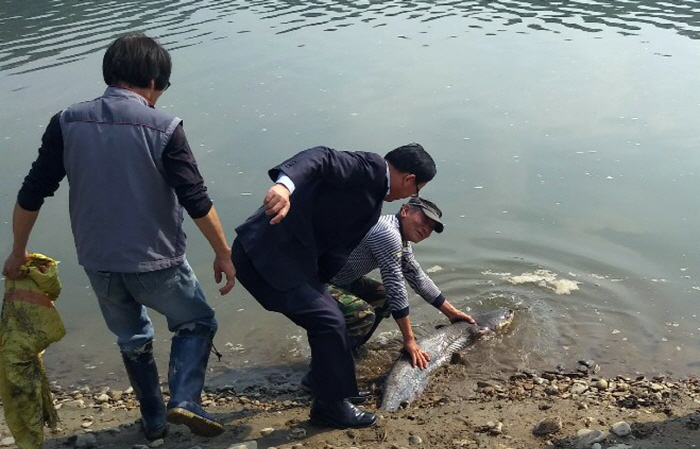 A museum official said that the catfish did not eat for four months, which was why the decision to release the fish was made.

The fish was released to its original habitat in the Geumgang River six months after it was originally captured.