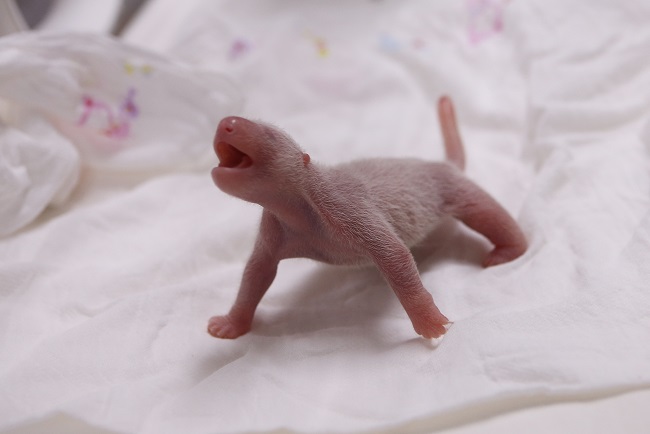 This photo provided by Everland on July 22, 2020, shows a giant panda bear baby born in South Korea for the first time via natural mating. The cub was born to the panda bear couple of Ai Bao and Le Bao.

A Chinese panda couple, named Ai Bao and Le Bao, gave birth to a female panda baby at 9:49 p.m. Monday, according to Everland, a theme park operated by Samsung Group.

The 7-year-old female Ai Bao became pregnant in March after she succeeded in natural mating with the 9-year-old Le Bao, the company said.

This is the first time that South Korea has seen the birth of a baby panda on its soil.

Everland said Ai Bao and her newborn are in good condition. The baby panda was born with a weight of 197 grams and a height of 16.5 centimeters, it added.

The baby panda is currently staying at a special den inside Everland’s Panda World and will not be unveiled to the public until it develops an immune system.

Theme park officials said they plan to show pictures and videos of the cub regularly on its SNS channels.

Giant pandas are known to rarely breed in captivity, so giving birth to a baby is considered a major event.

A female panda is known to have a single estrous cycle once a year, usually between March and April. It can only conceive for about one to three days around ovulation.

Ai Bao and Le Bao are the sole panda couple in South Korea. They arrived from China in 2016 after Chinese President Xi Jinping agreed to lease the bears for joint research purposes following his visit to Seoul in 2014.

The panda pair are considered to be a symbol of goodwill by Beijing for fostering bilateral relations.

So far, more than 9.5 million people have visited Everland to see the panda couple. 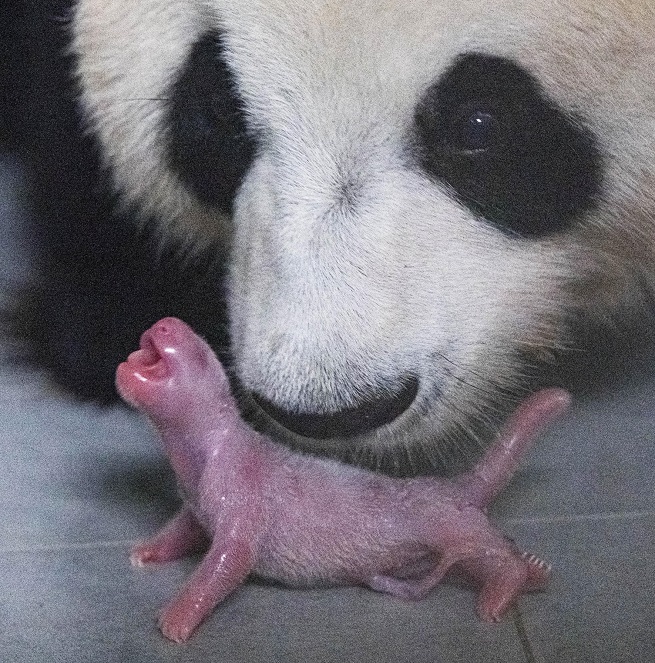 This photo provided by Everland on July 22, 2020, shows a giant panda baby and her mother, Ai Bao. The panda cub is the first panda born in South Korea via natural mating.