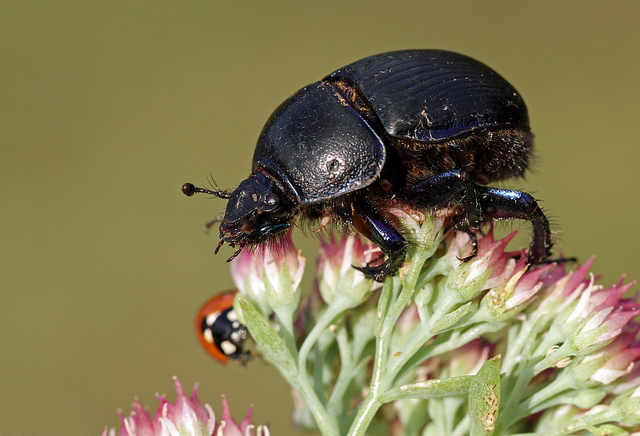 The current market volume of the insect industry in Korea is estimated to reach 298 billion won this year, and it is expected to grow to a 700 billion won market by 2020. (image: nutmeg66/flickr)

DAEJEON, Korea, Feb. 24 (Korea Bizwire) – Considering the fact that the insect industry is rising as a new growth engine for agriculture in Korea, the city of Daejeon is aiming to become a distribution hub for insect products by making the best use of its Insect Eco Center, which is slated to be completed this year at the Hanbat Arboretum.

According to a composite plan released by Daejeon Metropolitan Government on February 23, the centrally-located city is hoping to establish itself as a hub for the pet and insect industries by investing 18.8 billion won to build a foundation for growth, to kick-start industrialization, and to create new markets for insect products.

The main elements of the plan include the construction of the insect eco center, the enactment of a municipal ordinance supporting the insect industry, and the development of an insect experience village in the initial stages of growth. To industrialize the sector, the city will support insect farms, develop educational materials related to insects, and form a cluster for new material development.

In the meantime, it plans to run an “agritainment” school related to insects, insect festivals and insect food contests to expand the market.

The Insect Eco Center, to be opened during the first half of next year at the arboretum, figures prominently in the plan, and will act as a composite headquarters supporting R&D activities for the industrialization of insects such as beetles and butterflies, and helping to manage the agritainment school, which will raise the public’s awareness about insects.

Kwon Seon-taek, mayor of Daejeon, said, “By leveraging its geographical advantage, Daejeon plans to build an integrated distribution system by forming on and offline distribution networks for insect products together with insect farmers.”

Meanwhile, the current market volume of the insect industry in Korea is estimated to reach 298 billion won this year, and it is expected to grow to a 700 billion won market by 2020 thanks to active R&D related to food, new materials from insects, and the usage of insects or byproducts in new drugs.