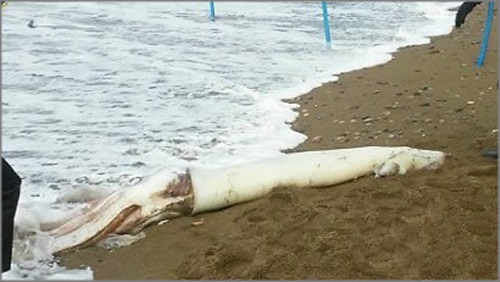 POHANG, Korea, Jan. 1 (Korea Bizwire) – A giant squid was found on a Pohang beach in southeastern Korea, after presumably being washed up by big waves, according to Pohang Coast Guard station.

The huge squid is 3.7 meters in length, has a circumference of 1.13 meters, and weighs about 100 kilograms. However, the squid is much smaller than a gigantic one found in Japan’s Fukui Prefecture last month, which measured 7.6 meters long. 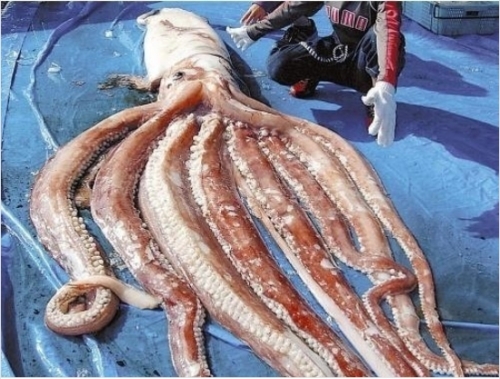 Most giant squid are not edible because they contain ammonia which can be harmful to the human body. But in Taiwan, fried giant squid are very popular among the locals, as they are one of the top ten street foods in the nation well known for an endless series of delicacies.

Giant squid, which live primarily in the Pacific Ocean, are the world’s largest invertebrates, and can grow longer than 10 meters. 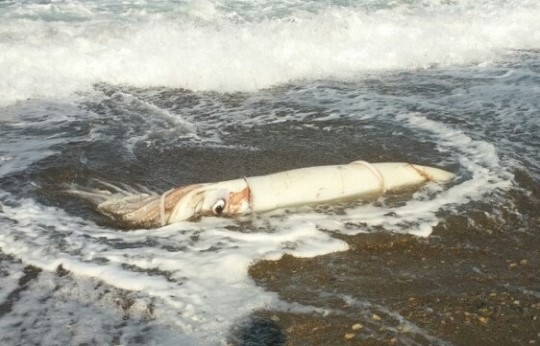