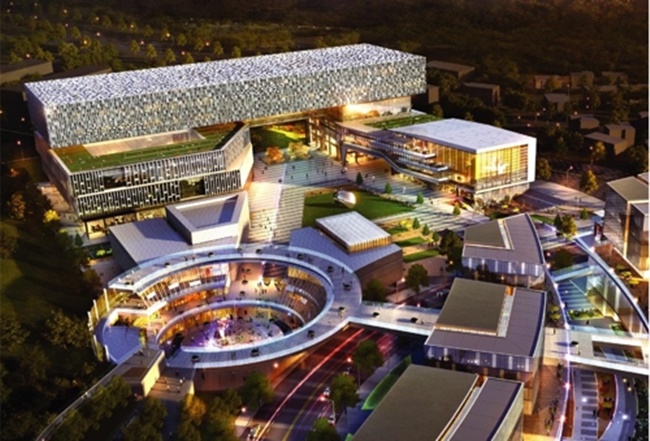 The project is expected to create 1,482 new jobs, 190.7 billion won in production and added value worth 64.7 billion won. (Image: Ministry of Transport)

The 249.5 billion won project will see a 13-storey building built on a 12,817 square meter lot, an edifice that will serve as the Global Biz Center for the much anticipated government-backed business district, according to blueprints submitted by the corporation.

Work on the project will begin December after government approves the construction project, the corporation said on Sunday.

The Global Biz Center will provide space for up to 100 startups with affordable rental prices, and will also house global businesses when complete by December 2020.

Findings from financial feasibility tests show a ratio of 1.0720 on the profitability index, sending a good sign to investors, with the financial internal rate of return estimated at 7.03 percent.

The project is expected to create 1,482 new jobs, 190.7 billion won in production and added value worth 64.7 billion won.

“The Global Biz Center will be home to startups and global companies, and establish a global network through support organizations within the center, creating new jobs and added value,” an official at the Gyeonggi Urban Innovation Corporation said.