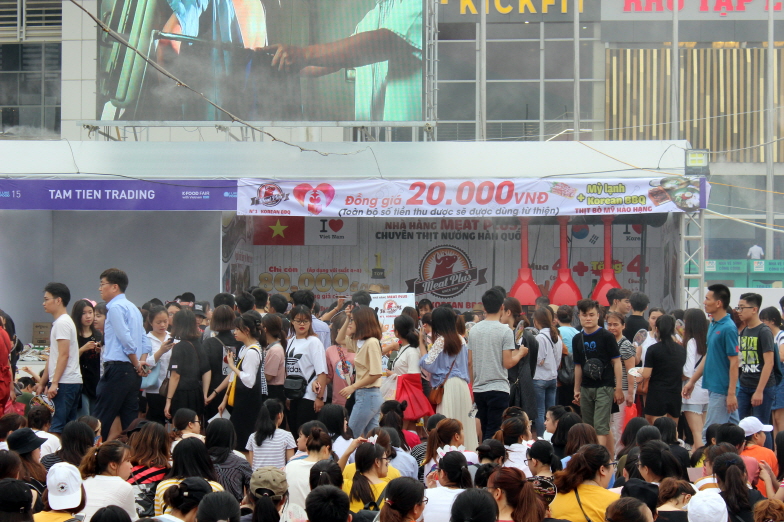 SEOUL, Jun. 12 (Korea Bizwire) — A food festival held in the Vietnamese capital of Hanoi aimed at creating awareness of Korean food ended in great success with over 200,000 people flocking to the event.

The K-Food Fair kicked off on June 9 for a two day run.

The fair’s success is mainly attributed to the participation of Park Hang-seo, the soccer coach who shot to fame after leading the Vietnamese national under-23 soccer team to the finals of the Asian Football Confederation U-23 Championships, marking the first time a Southeast Asian country qualified for the finals in the tournament.

Music performances by famous K-pop stars such as boy band Highlight and singer Hyuna also helped create a mood of excitement among the fair’s attendees.

With over 500,000 avid fans of K-pop music in Vietnam, awareness of Korean food was boosted during the fair as many K-pop fans visited the event. 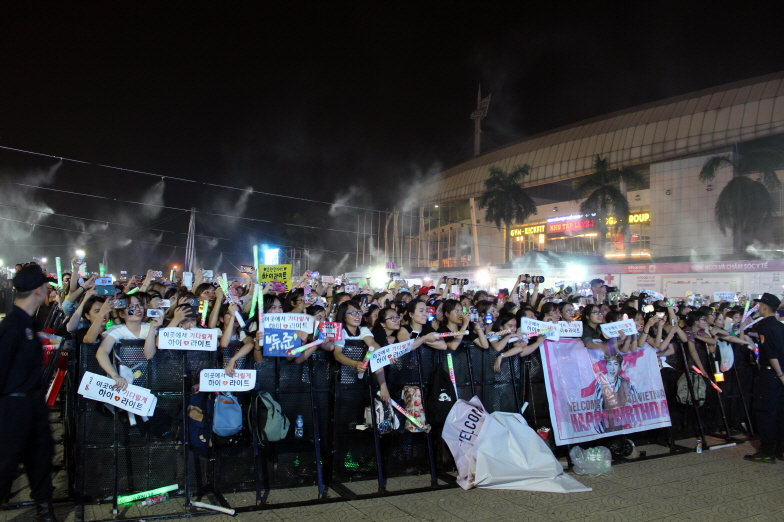 The exhibit hosted by Korea’s Ministry of Agriculture, Food and Rural Affairs and the Korea Agro-Fisheries & Food Trade Corporation (aT) at My Dinh National Stadium in Hanoi saw an endless stream of visitors to the fair on June 9.

More than 80 booths featuring staples such as bulgogi and instant noodles were crowded with large groups of people eager to sample Korean cuisine.

Meanwhile, two hours prior to 6:30 p.m. (local time), the officially scheduled time for the opening ceremony, the stadium became packed with 25,000 people as Park and boyband Highlight were scheduled to kick off the fair.

During the opening event, Park encouraged younger soccer players and a soccer show performance was on display, wishing the Vietnamese national soccer team good luck at the upcoming Asian Games to be held in August in Indonesia.

The K-Food Fair is an example of how Korea has been looking to countries outside of its major trade partners in an attempt to diversify its export capacities.

The first K-Food Fair of the year was held in Vietnam as part of a strategy to develop Vietnam into the hub of Korean exports in the ASEAN region.

Korean exports of agriculture and food to Vietnam totaled $375 million last year, which accounted for 5.5 percent of all foreign exports from Korea.